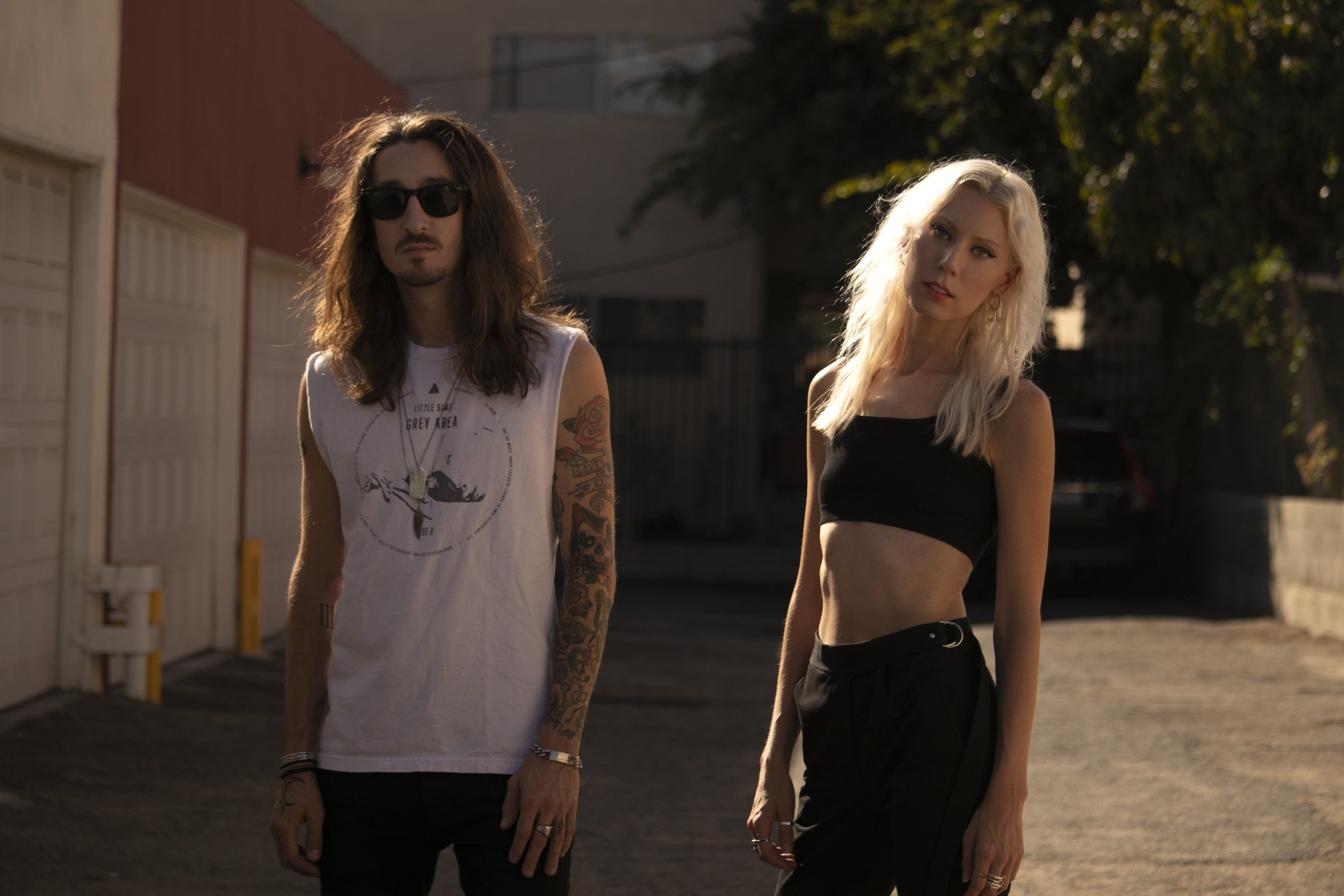 After a decade of wandering down the same NYC streets, musicians Richey Rose & Lina Sophie met in the fall of 2017 at Brooklyn bar, Night of Joy. Bonding over a mutual love for Swedish pop, 80s alternative/first-wave, and 00s electro, the two later formed Songs for Sabotage in early 2019.

This week the alt-rock duo joined us for few QuickFire Questions as they share their single ‘Rumors‘. Check out the music video below.

Often it feels like it doesn’t… but somewhere within the alternative / indie / pop / rock spectrum. Whatever that means!

We typically write everything on guitar first; sometimes with an accompanying groove or bass line. Once we have a decent loop (at least a groove with a distinct chord progression and lead line) we begin experimenting with vocal melodies and cadence. It’s then that we start developing lyrics – usually taken from poems or phrases we’ve written down earlier. Sometimes everything fits easily, other times we change lyrics drastically to fit the melody we have in mind. We always try to keep things simple, usually subtracting more than we add. Though we do often layer our productions we always keep minimalism and simplicity in mind.

Lina: Last Goodbye (Jeff Buckley)
Richey: Down in a Hole (Alice in Chains)

We’re performing regionally around southern and central California, as well as some dates in Arizona this summer. We’re also very much at work on our second full length album… most of it is written and we’ve started playing some new songs live. We’ll likely have it finished by this fall. The new album is more electronic based and influenced by modern artists like Prospa and Com Truise (in terms of sound design), while taking arrangement/songwriting influence from 80’s records like Madonna’s True Blue and Janet Jackson’s Control.