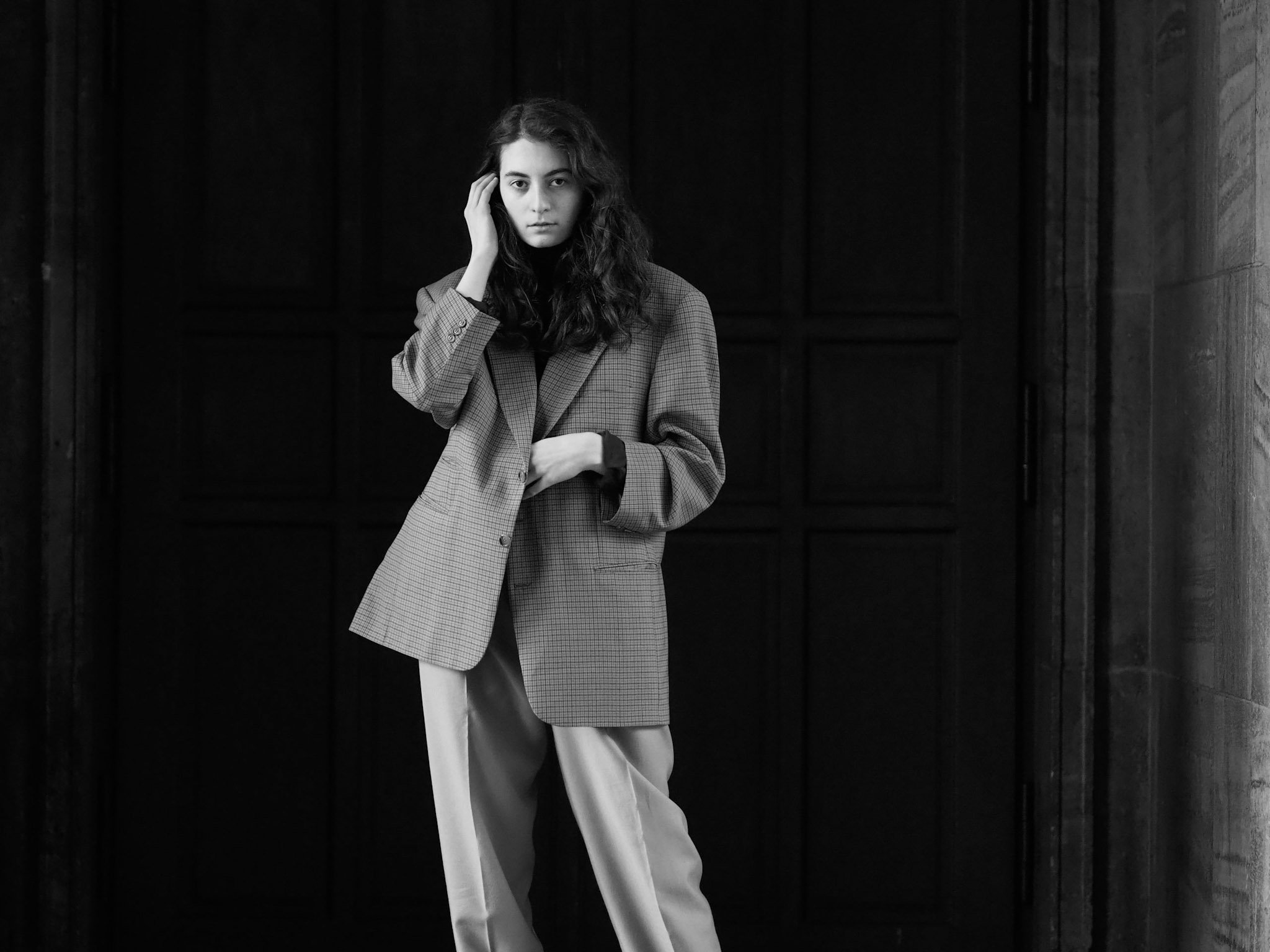 "I have been signed by a feminist label so I owe a lot of gratitude to feminism on that behalf already but also the way female* artists are supporting each other is delightful to witness."

Mina Richman is a promising young singer-songwriter from Germany who has just released her debut EP Jaywalker, mostly written during the pandemic in a student flat with “little more than a ukelele and a guitar”. Jaywalker revisits Mina’s experience of growing up in a small town while offering escapism, introspection, and a sense of comfort. She has described the EP as “A love letter to the outcasts, the queer kids and the introverts who fall in love too fast.”

The music video for the uplifting title track Jaywalker was also recently released, featuring Mina and her friend and bassist Alex taking a cathartic wander down memory lane in a small hometown at dusk. Vocals that feel like a warm breeze over a gentle acoustic backdrop deliver therapeutic lyrics about searching for belonging and breaking free from constraints. Misfit jaywalkers in pursuit of authenticity cross at the red light to find a thrill of freedom in a town whose streets are deserted after dark, with the hopeful prospect of self-acceptance within reach – a life lived happily outside the lines.

“Hey Jaywalker! I know you love the thrill of it. Breaking the rules, a little bit. It’s the adrenaline you miss.”

Mina joined us recently for a QuickFire Questions interview that gives us more insight into her inspirations. Make sure to check out below along with the video for Jaywalker.

Congrats on the release of the video for Jaywalker. What was your experience of making the video like?

Thank you! Shooting the video was a lot of fun. The laughter and fun we are having in the video was pretty much just us having fun and a camera following us while doing so. I revisited many childhood memories and having had not the best of times at school and not really fitting in, it felt redeeming to some extent to go back on my own terms and have fun for once with someone I really care about. Alex is not just my bass player but a good friend so we just had a blast!

What would you say is the most significant thing that has happened to you in the past year?

That is a tough question! So many things happened I never expected to happen. TV, radio, and magazine articles but I think the most significant thing was meeting my band. Having three genius musicians around me, who bring the songs to life (and are all really good-looking – hot damn haha), are absolute sweethearts to work with, and deal with my nerves and temper and hangry moments is still surreal. To feel how they believe in the songs and the project altogether is absolutely mind-blowing and I can never thank them enough.

What was the first album you purchased or remember listening to?

I believe “Funhouse“ by P!nk was my first true album obsession. I kept discovering new songs to love most on it. I remember how I first listened to “So What“ on repeat and then that switched to “Sober“ to eventually “One Foot Wrong“ which is together with “Crystal Ball“ my favorite track of the record. I always loved P!nk rebellious nature but also the fact that she had such a great musical range. She could do huge rock songs but also minimalistic tunes with just an acoustic guitar or a piano.

Forever and always to Joan as Policewoman! I’m also loving Kat Frankie and Moloko a lot these days. Alt-J and the Arctic Monkeys are also making a return to my frequently listened-to songs. Oh and Lizzo’s “Truth Hurts“ keeps getting stuck in my head.

How has feminism shaped your musical journey?

Feminism has definitely encouraged me to take the steps I have taken. To believe I have a place in the music industry (no matter how small it is) and that we can make positive changes is a big aspect in terms of motivation. I have been signed by a feminist label so I owe a lot of gratitude to feminism on that behalf already but also the way female* artists are supporting each other is delightful to witness. Networks such as she said so and key change are game-changers!