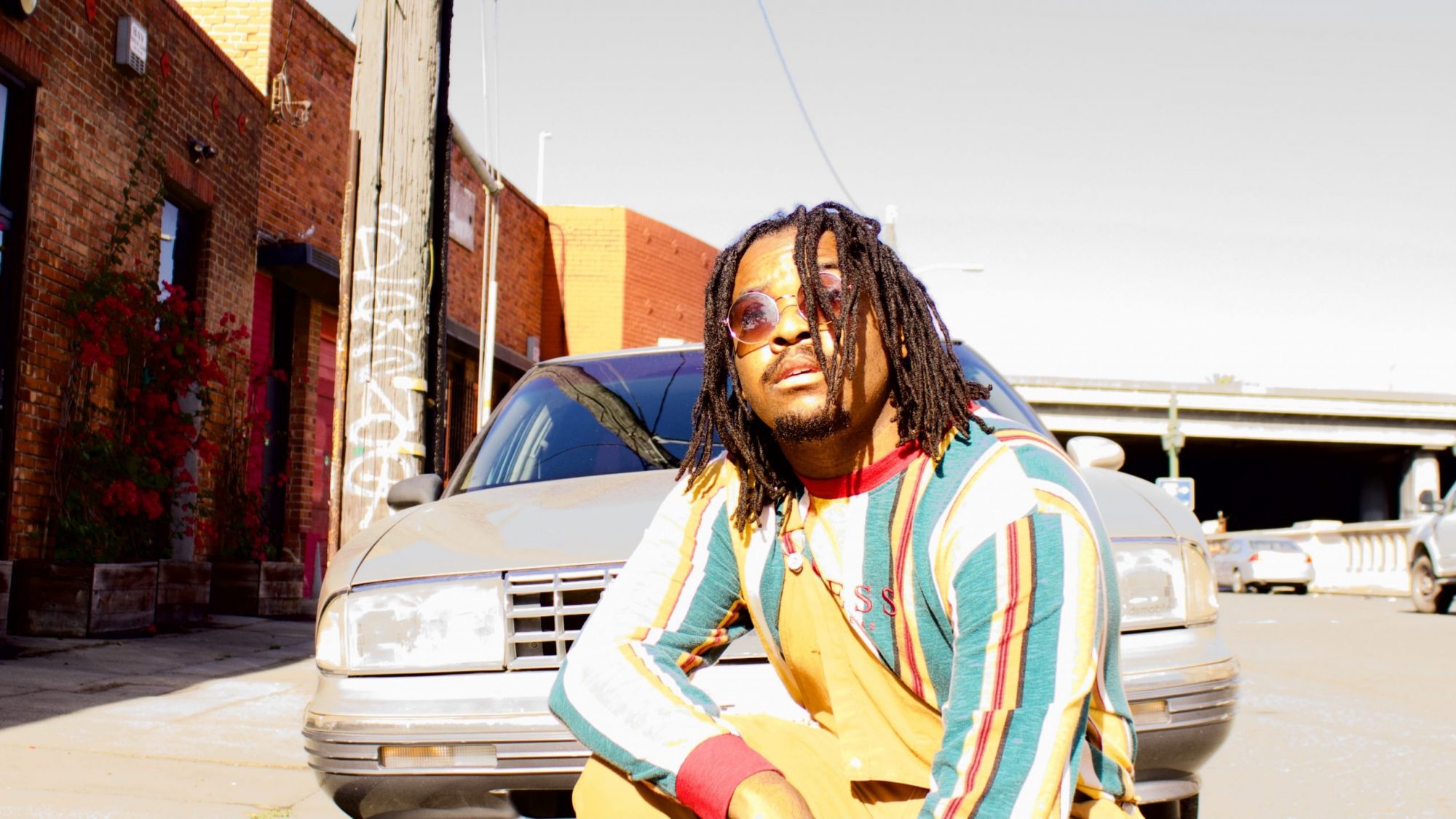 "My generation is just walking out into the world and having to navigate building a life while the cost of living is so unaffordable feels exhausting."

We caught up with Bay Area hip-hop artist Mekfly recently for a QuickFire Questions interview as he shares his newest project, the full EP All Subjective, Vol.1, showing some serious breakout potential.

An artist on the rise, with a sound that is uniquely his own, Mekfly began rapping and recording at the age of 16 and then a year later went on to start producing for himself. He delivers his verses with a charismatic fluidity and velvety smooth quality, blending in nuances of both rap and singing, to effortless and breezy effect. While the flow never sounds laborious or tiring, the lyrics are witty and compelling in their authenticity and the production is immersive in its style.

All Subjective, Vol.1 took its roots within the early weeks of lockdown 2020, borne out of a discovery of a new creative flow amidst turbulent times, on both social and private levels. Mekfly shared the following background on the EP’s conception:

“After sitting with my thoughts and myself I began creating to break up the day-to-day repetition and discovered what felt like a wealth of creativity and new sounds that I had time to explore more than ever. After compiling each song and developing ideas surrounding the loss of my aunt & grandfather, preservation of youth/ innocence, the need for social interaction, and just overall battles with depression and anxiety while seeing social injustice so prevalent and discussed so blatantly I stepped back a year later and had a hand full of songs to comb through. Ultimately All Subjective Vol 1 & Vol 2 ( coming later this year ) is just my thought process and conversations I’d been experiencing over the span of 2 years.“

You can currently stream the EP on Spotify and Youtube. Make sure to check it out along with our interview with Mekfly below.

When did you first realise you had the potential to be a music artist?

In high school, a good friend of mine sat with me in the library. We were days away from graduating and he really encouraged me to continue to make music and what taking it seriously could amalgamate to. From that day I just wanted to get better and all of this stopped being a hobby.

The idea of being financially stable and truly independent from any 9-5 job. My generation is just walking out into the world and having to navigate building a life while the cost of living is so unaffordable feels exhausting. Having money doesn’t fix everything and I’ve always understood that but financial freedom is peace of mind that most people rarely if ever get to experience.

Can you expand a bit on the challenges you’ve faced on your musical journey, and how music has helped you through personal challenges?

As the same for all musicians, I’ve definitely dealt with lack of funds, long hours thru the night, and self-isolation just because I believe in my creativity and my craft. The hardest times I’ve faced have been recently which makes me feel as though I’m on the cusp of greatness.

What are some things you’d like to see change in the industry?

I’d love to see more support for smaller artists, especially the ones just finding their footing. My journey has been a 10-year process at this point and there’s so many pitfalls and routes I could have avoided if not for better guidance.

Who are some of your biggest influences, musical and non?

Some of my biggest influences are Erykah Badu and Tribe Called Quest. I grew up listening to so much but once I started making my own music selections I gravitated heavily there first. Now I listen to a lot of jazz, Brazilian music, throwbacks, classical, etc. I find so much inspiration in and out of music, especially outside of music.

What do you hope listeners take away from your music?

I hope anyone who listens to even a single song can resonate in some way with the music I release. I try to put my all into every aspect of creating these songs from recording/production all the way to the final moments of it being released and I hope someone can feel that.

What’s the best advice you’ve been given?

My uncle told me when I moved to LA that “90% of what people promise you within music is B.S”. I thought I knew how correct he was but for newer artists, the come-up is predatory in so many ways and it feels like a new way is invented every few years.

Next, I want to focus on making music that reminds me of home. I recently moved to the east coast and being on the other side of the country has only made me appreciate where I’m from. I want to capture that energy and present it as essentially a homage to my hometown, Oakland CA.