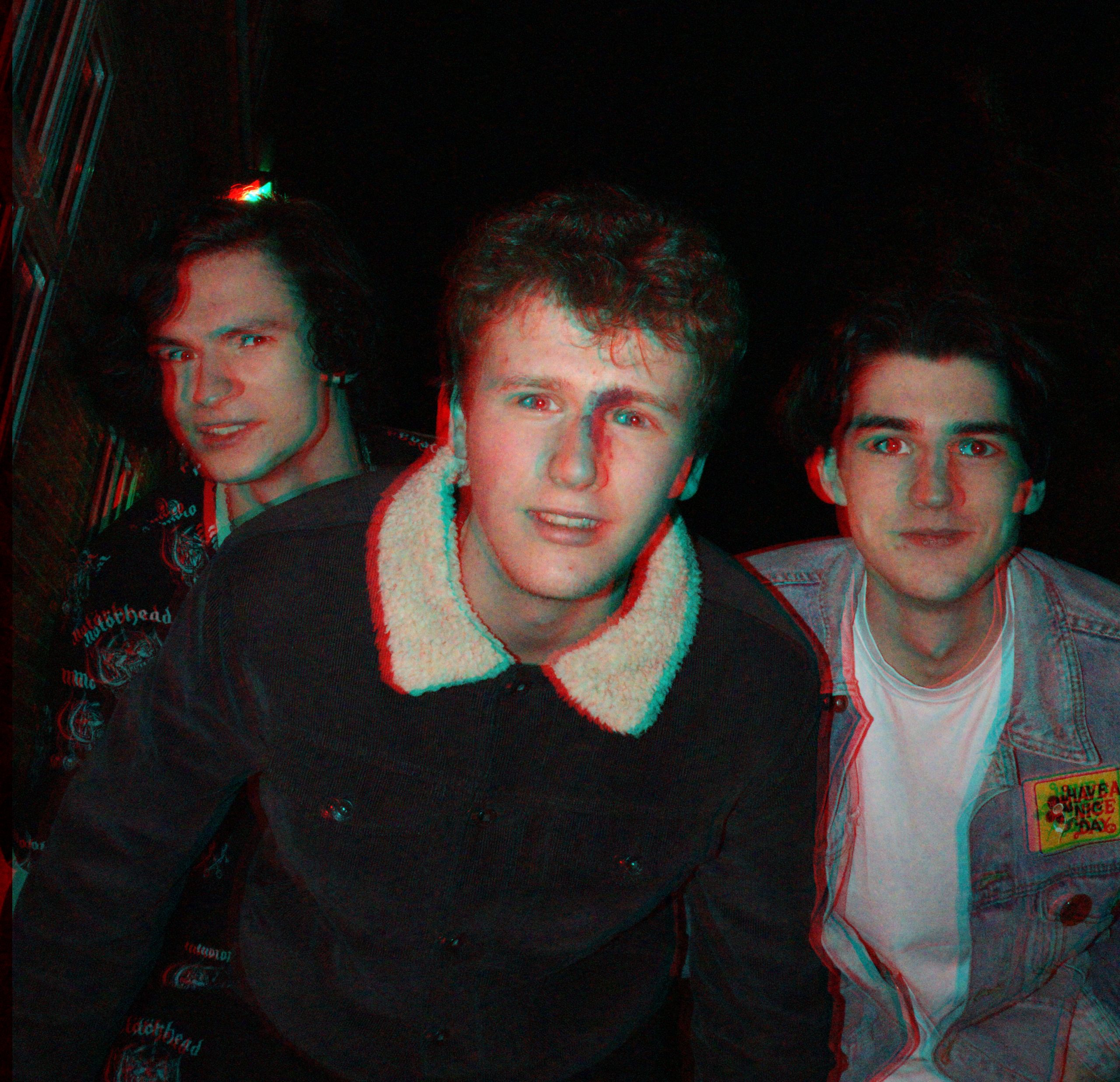 'In the music industry, I think that non-binary representation is scarce but is definitely growing and that’s nice to see.'

It’s always refreshing to come across alt-rock music with a message that challenges outdated societal views while offering a vision of liberation from oppressive norms, and that’s exactly what Brighton-based alt-rock trio Leibniz does on their fiery new single ‘Pinocchio’.

“Stay at home, do what you’re told, you’re a real girl.

Shed no tears, have no fear, you’re a real boy”

Cook and clean, don’t talk back to me, you’re a woman now.

Your mating call is a drunken roar, you’re a real man”

Dan also shared the following on the production of ‘Pinocchio’:

“It felt important to have complete control over this song. It’s a topic that means a lot to me and we all love the live sound of the song, so it felt important to really do that sound justice and spend the time with it to get it just how we wanted”.

In their first year on the scene, Leibniz has been making a name for themselves and ‘Prove’ establishing their hard-hitting sound and garnering high praise. Check out our QuickFire Questions interview with the band and listen to ‘Pinocchio’ below.

What’s the story behind your band name?

We had a small tradition/habit of bringing Choco Leibniz biscuits into rehearsals, and when we had a show coming up we needed a band name, so as a joke we named ourselves Leibniz and it just kind of stuck. So, we’re named after a biscuit. But if anyone thinks we’re named after the mathematician/philosopher Leibniz I’m not going to correct them because that sounds cooler.

What’s your view on non-binary representation in the media, the music industry, and your genre in particular?

I think that in media non-binary people are nearly always portrayed as an AFAB person with short hair who dresses androgynously, which has had a knock-on effect meaning that a lot of people now picture a particular non-binary ‘criteria’, when in reality Non-Binary doesn’t have a look or style, it’s not the “third gender” and a non-binary person can look like anything.

In the music industry, I think that non-binary representation is scarce but is definitely growing and that’s nice to see. I personally have a craving for more songs that challenge gender, especially since bands like the Spook School no longer tour. I think that’s partly why Pinocchio felt important to create.

What do you hope listeners take away from your music?

I think mostly I want people to enjoy our music, if they just like the sound and our energy that’s enough for me, but if they connect on an emotional level to our lyrics that’s a real bonus.

We’ve performed a few shows in Portsmouth, and we’re back there on the 30th July, but most of our shows have been in Brighton at venues like the Pipeline, and we also played a show at the Boileroom in January which I think has been my favourite venue to play at so far, the sound there is great! We have our Pinocchio release party on the 1st July and we’re at Biddle Bros in London on the 9th. We’re back at the Pipeline on the 29th July and finally back in Portsmouth on the 30th!

I’ve heard too much about sexism that still exists within the industry, on a large and small scale, especially how far we’ve come culturally you’d think it wouldn’t happen anymore but if you’re not a man then you’ll get a lot less respect as a musician.