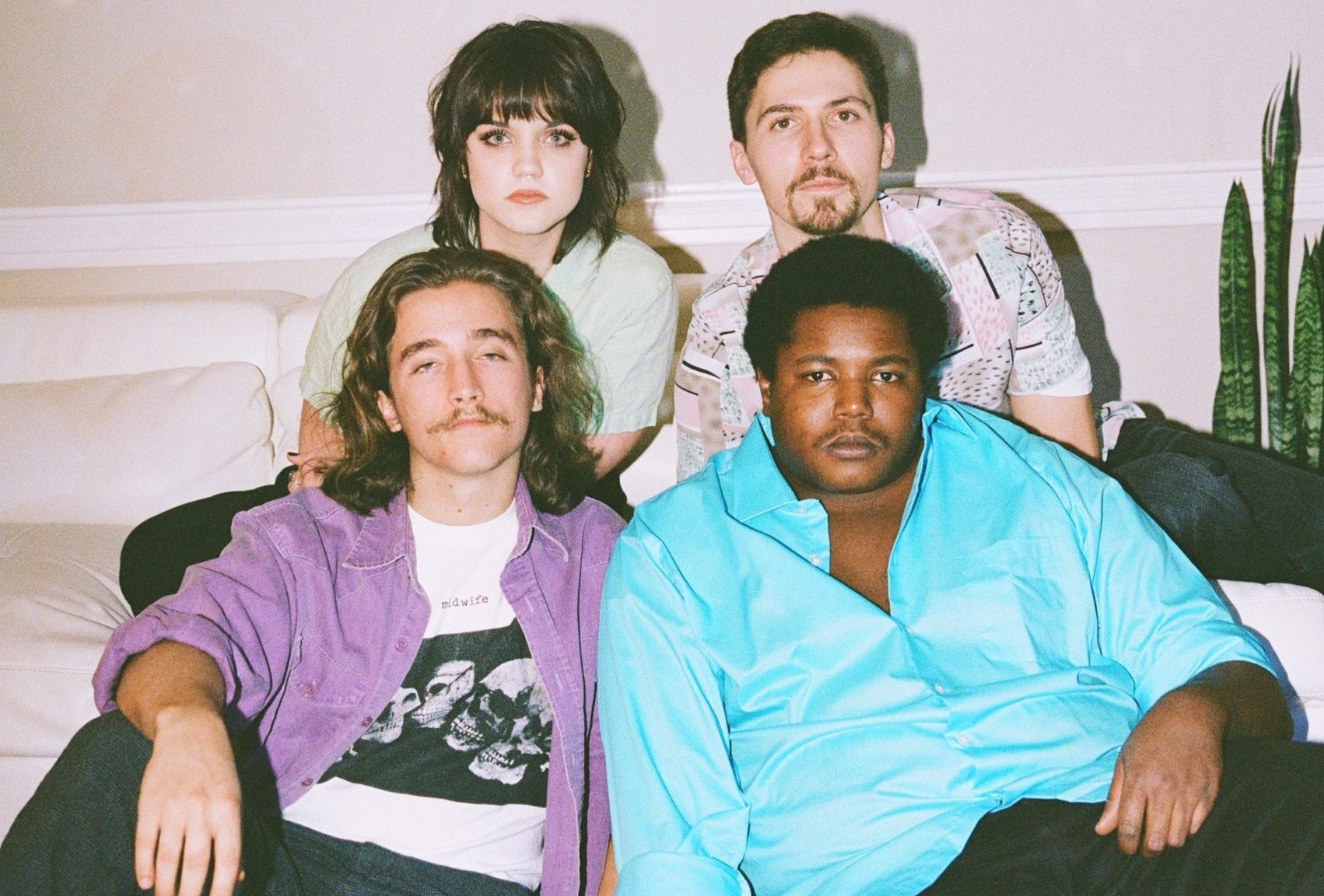 "It’s really frustrating when you get closer and closer to someone and find that you like them less and less due to the fact that they’ve decided to ‘bury the lead’ of who they actually are."

We caught up recently with Nashville, Tennesse indie rock outfit Geez Louise for some QuickFire Questions as they share the single Bury the Lead from their upcoming EP Candy Bruise.

The foursome consists of vocalist Sierra Torres, lead guitarist Nick Jude, Eli Slaughter on bass and Tyelen Gibbs on drums. Their sound is nostalgic yet current, with glimmers here and there reminiscent of the like of Garbage and the Cardigans.

With plenty of guitar distortion and emphatic drums, you can expect to hear an intriguing juxtaposition of melancholia and vigour throughout. Torres’s vocals smoulder and croon through the lows and highs, in a colourful retro-inspired soundscape expertly provided by the instrumentals. With an effortlessly charming and earnest quality to their sound, Geez Louise stands out as a band not to be missed.

Check out ‘Bury the Lead’ and our QuickFire interview with Sierra Torres below.

What inspired the single “Bury the Lead”?

“Bury the Lead” is an expression that means to save the most important details until the end. Usually, this is in reference to storytelling, but I was thinking about how we actually tend to apply the same habit to relationships by how we act in them. It’s really frustrating when you get closer and closer to someone and find that you like them less and less due to the fact that they’ve decided to ‘bury the lead’ of who they actually are by slowly letting the mask of a surface-level relationship slip, revealing a person who is not quite as kind as they’ve led you to believe.

Equal parts fueled by creative nature and absolute hatred for the idea of spending my life stuck in a 9-5 (haha).

How autobiographical are your songs?

I would say that all but “Bomb Shelter” off of our new EP “Candy Bruise” are lyrically based off of my (Sierra) own personal experiences, but definitely with some exaggeration.

I think I would cry if I got to talk to the members of the band DIIV. If I got to collaborate with them, I would spontaneously combust. In a good way.

That’s hard, there are so many incredible artists that would be so fun to do a show with, but right now, I would probably have to go with Haley Blais. She’s been inspiring for me for years and her vinyl has been flipped and re-flipped countless times in my home this week.

What’s one thing you would like to change about the industry?

Honestly, I would love to see social media have a little less weight in the industry. It’s an awesome way to boost artists’ careers for sure, but I feel like it just promotes much more of a one-hit wonder fan base instead of people who genuinely have an interest in the music and the people who create it. There’s also so much pressure to create content 24/7 which just wasn’t an interest of mine when I set out to do music professionally.