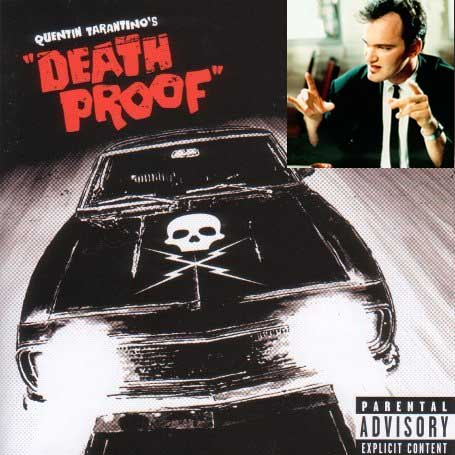 The Jameson Dublin International Film Festival (JDIFF) is delighted to partner with Momentum Pictures, The Weinstein Company and Dimension Films in bringing the brilliant Quentin Tarantino to Dublin for the Irish Premiere of his new film DEATH PROOF ON September 14th at the Savoy Cinema, after which he will participate in an audience Q&A.

Commenting on securing the event, Humphreys said:
â€œWith this special screening of DEATH PROOF and especially with the great Quentin Tarantino in attendance, the JDIFF is building on its reputation as a world class film festival and this first of an occasional series of unique events will deepen its engagement with cinema audiences throughout the year.
Our festival celebrates cinema from around the world and with his latest film, Tarantino has produced a bloody valentine to the B movies of the his youth, a dizzying spectacular packed full of cinematic references, DEATH PROOF and a Q& A with its director is the one event no true film fan can miss.â€

In keeping with their commitment to the filmgoing audience in the capital, tickets for the premiere will be available exclusively through the JDIFF website

Tarantinoâ€™s Death Proof is a white knuckle ride behind the wheel of a psycho serial killerâ€™s roving, revving, racing death machine. The chick-power movie is divided into two parts, both of which are exhilarating for the vibrant bonding and camaraderie they develop among two different sets of young women.

For Austinâ€™s hottest DJ, Jungle Julia (Sydney Tamiia Poitier), dusk offers an opportunity to unwind with two of her closest friends, Shanna and Arlene (Jordan Ladd and Vanessa Ferlito). This three fox posse sets out into the night, turning heads from Gueroâ€™s to the Texas Chili Parlor. Not all of the attention is innocent: Covertly tracking their moves is Stuntman Mike (Kurt Russell), a scarred, weathered rebel who leers from behind the wheel of his muscle car. As the girls settle into their beers, Mikeâ€™s weapon, a white-hot juggernaut, revs just feet awayÅ  Also starring in DEATH PROOF are Rosario Dawson, Tracie Thoms, Mary Elizabeth Winstead, ZoÃ« Bell, Rose McGowan, Omar Doom and Eli Roth.