A Northern Ireland tribute band are to take to the stage made famous by The Beatles later this week. 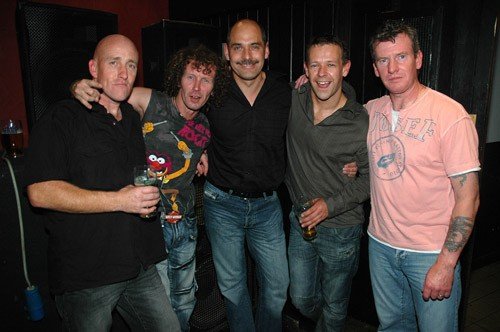 Flash Harry, The UK and Europeâ€™s best known Queen tribute band, will mark the 40th anniversary of when the Freddie Mercury fronted rock band played at The Cavern in Liverpool in 1970.

At the beginning of their career The Beatles were known to play regularly at the live music venue in the heart of Liverpool’s entertainment district.

Now the Flash Harry lads (Harry Hamilton, Stevie Shanks, Click Cleland, Stevie Boyd and Stephen Prosser) will play to a packed out crowd at the new Cavern Club at the end of this month.

A spokesman for the Official International Queen fan club said: â€œWe are hosting an event at the Cavern Club and have invited our own Queen specialists Flash Harry to perform for us.â€

Drummer and band spokesman Stevie Shanks added: â€œWeâ€™re absolutely delighted to have been asked by the Official International Fan Club to play this event. Itâ€™s a great honour and weâ€™re all looking forward to getting on that stage.â€

Throughout their nearly 20-year career Flash Harry have made significant contributions to the Queen history books.

In 2004 Harry was invited by Ibex (the band Freddie played in before joining Queen) to perform with them to re-create the last gig Freddie did with them before embarking on his career with Queen. To return the favour Flash Harry invited Ibex to guest with them at their Royal Albert Hall show.

Then in September 2005 the band were invited to play at a celebration, held again by the Fan Club, to mark what would have been Freddie Mercury’s 60th Birthday.

More recently the innovative Flash Harry have taken their Queen spectacle beyond the level of tribute by creating their own unique show incorporating a full symphony orchestra, a 50 piece choir and their own brand of Queen music played from the heart.

The Rocked Up and Classical Show was a major success selling out the Belfast Odyssey Arena twice.

A few extra tickets have now been released for the October 30 show at The Cavern. For more information on how to book tickets log onto www.queenworld.com.