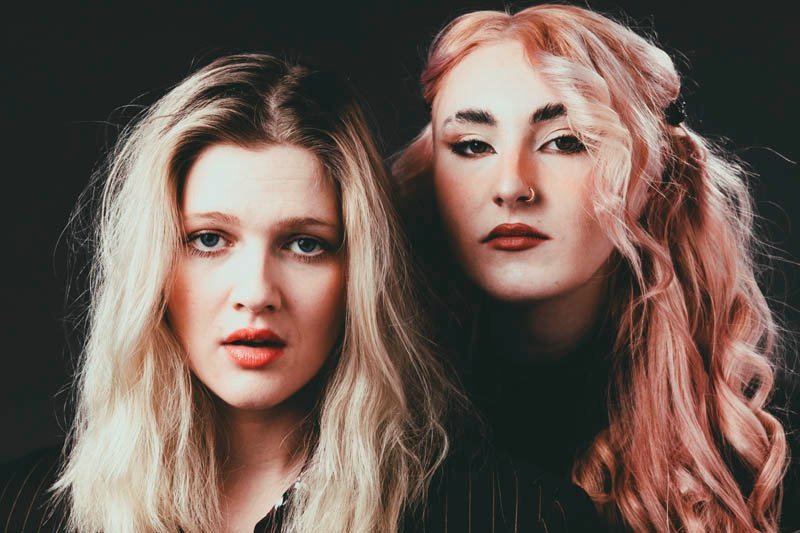 "Ultimately speak up and be true to what you believe in. This is our truth and it’s what we believe in."

Femme-quer four-piece band Queen Cult have been making their mark on the live scene up and down the country over the past few years, bringing an emphatic work effort and an important socio-political message behind their music. Formed by lead vocalist and guitarist Maise Johnson and bassist Leila Jacklin, they’ve been dubbed “the Queer Band you’ll fall in love with in 2022”

Backed by many as one of the most exciting touring bands around at the moment, we caught up with the rising duo ahead of their set at Brighton’s The Great Escape festival.

Firstly, would you like to introduce yourself to the Fame readers?

You’re currently in a hectic schedule of live shows including Brighton’s The Great Escape last week – how good does it feel to be playing live regularly again?

An absolute dream to be honest. It was a long couple of years! It becomes addictive after a while.

Do you guys have a favorite city/ town to play in?

So far that is a tough call…as we have immense love for Manchester being our local but…they are all great in their own way! We look forward to playing more.

Your music and videos tend to pick apart socio-political ideas such as gender norms and the portrayal of women – is that something you think more musicians should aim to achieve?

Ultimately speak up and be true to what you believe in. This is our truth and it’s what we believe in. Everyone has their own perspective of their lives and what affects them. We want to write and create honestly.

What can we expect for the rest of the year?

GIGS. Lots and lots of gigs. We intend to just keep going. We love to keep playing new places and meet new people

Where can we catch you live?

Next up we are playing Your City festival in Stoke on the 2nd June at The Sugarmill – sick venue! Tickets can be purchased at yourcityfestival.com.