SINGLETONS from all over Northern Ireland are being invited to a movie night with a difference on Wednesday December 3. QFT Singles Night The Sequel will be bringing together single men and women aged 20-35 in a fun, relaxed film event at QFT.Susan Picken, QFT Manager said: â€œThe original QFT Singles Night event was planned for July, but had to be cancelled because not enough of Northern Irelandâ€™s men signed up.”Well, theyâ€™ve had five months to practice their chat-up lines and get their confidence up, so weâ€™re hoping that this time weâ€™ll be inundated with eligible singletons”. 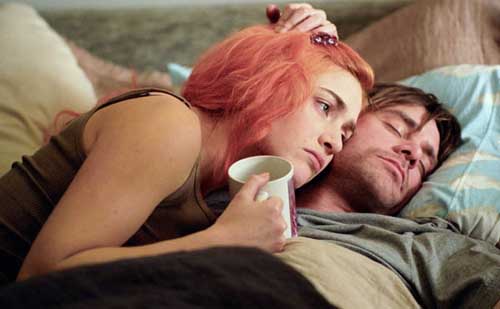 Organised by QFT in association with Cool FM and Get Connected the evening will consist of a film-themed speed-dating session hosted by Cool FM DJ Stephen Woods and a screening of the romantic indie classic Eternal Sunshine of the Spotless Mind, starring Jim Carrey and Kate Winslet.
The scene will be set for love to blossom with film-themed decorations and music and visuals from romantic films, and complimentary luxury ice-cream to share, courtesy of Haagen Dazs.
If there are any matches from the evening, QFT will offer one of the lucky couples complimentary cinema tickets and dinner from a local restaurant for their first date.
Tickets are Â£15 for QFT Singles Night and film screening and are available now from queensfilmtheatre.com
Words by Cathy Black