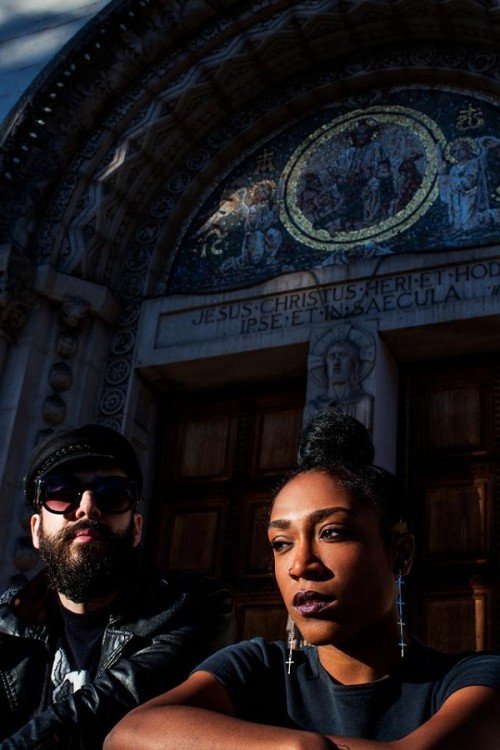 Enjoy a sneak peak at ‘Brightest Darkest Day’, the rather amazing debut album from LA based PYYRAMIDS, released on April 9, 2013.

The band helmed by Tim Nordwind from indie rock band OK Go and Drea Smith of the electro-pop outfit He Say/She Say will preview material from the forthcoming album at SXSW.

Smith explains: “Brightest Darkest Day finds its creators once again venturing into fresh territory. There’s a pop sensibility to the album thats bright but the sound and delivery is dark…”

Introduced by a mutual friend via email, Nordwind and Smith initially bonded over an affinity for first-wave British post-punk and 80s Manchester bands.
pyyramids.com
facebook.com/Pyyramids
twitter.com/PYYRAMIDS
Photo by Eleanor-Stills