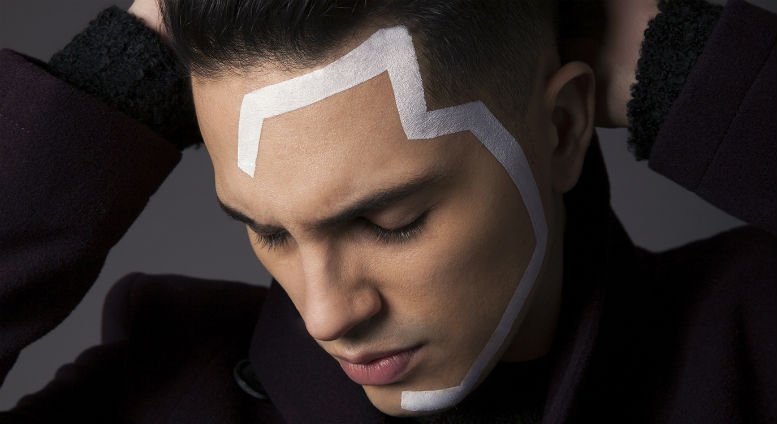 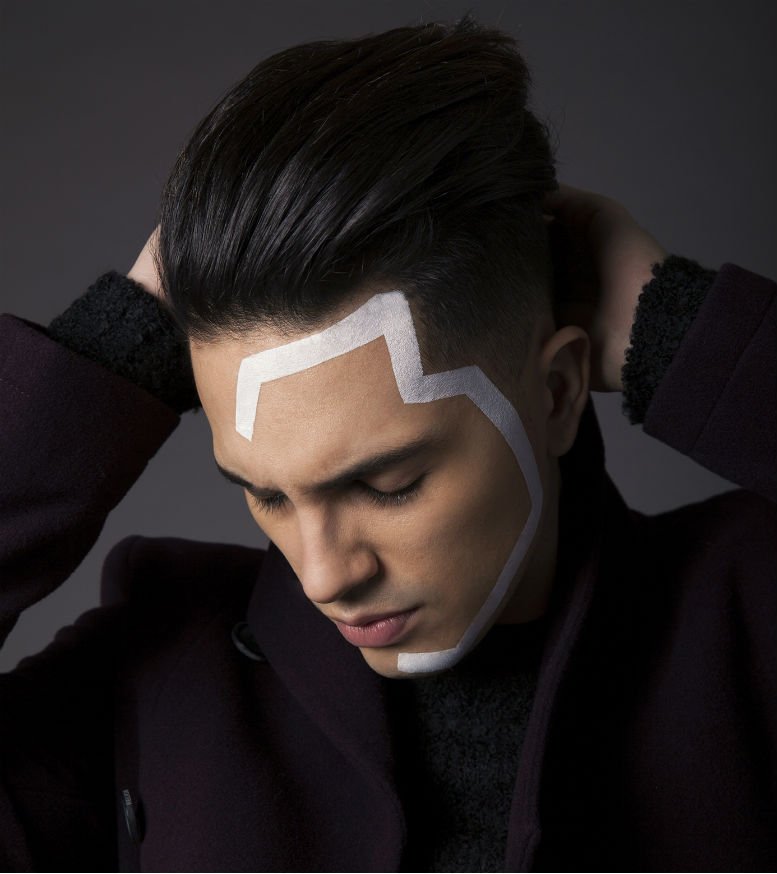 We talked to Brazilian born, London-based collaborative artist PUZZLE, about his vividly enticing and ambitious, ethereal-electro-pop world. PUZZLE has been getting our full attention, since his impressive debut singles (and videos) ‘Godlike’ and ‘Trial By Fire’. His new single ‘Comedown’ is released on July 1st via Papercut Music.


Hello PUZZLE, how are you today?

I’m really good actually, about to finish reading a fantasy book called ‘Fall of Light’ by Steven Erikson which I have been waiting ages for!

Why did you call your project PUZZLE?

I wanted to have a name people remembered easily and that encapsulated why I make music, I realised I write to decode the human condition and my feelings. We are made of all this tiny parts you know: our fears, desires, secrets, conflicts and living is trying to work that picture out… it felt like PUZZLE was the right word to express it.

You are Brazilian-born, London-based artist…Can you define your relationship with London?

London definitely feels like home. I’ve lived here for over a decade now and coming of age in such a multicultural vibrant place has given me the opportunity to be accepted and absorb Britishness in a way that shaped who I am as person and what my music sounds like, I just love this city.

Tell us everything we should know about your new track ‘Comedown’

Comedown is about an all consuming relationship that has come to an end, when you’re inside that sort of situation it feels like a constant high but when that person is gone there’s an immediate void that it’s just unbearable… a bad drug comedown felt like a good comparison to convey that horrible feeling.

My sound is really rooted in the 80’s British vein of synth pop so Depeche Mode’s ‘Enjoy the Silence’ was a track I was listening to a lot at the time. I’m also a big fan of Sohn so his album has been a massive influence.

What is your first memory of wanting to be an artist?

I grew up in a strict born again household so secular music was prohibited. I had to watch MTV secretly from my parents but through that I had a first glimpse of what being an artist looked like. I remember watching a clip from ‘Sister Act 2’ where Lauryn Hill was singing ‘Joyful Joyful’ and suddenly everything clicked in my head, it was so powerful! I just knew that’s what I wanted to do.

Musically the Pet Shop Boys and Ryan Tedder are definitely at the top of my list. I’d also love to work with Frank Ocean, Emile Haynie and Trevor Horn. On a visual arts level the dream would be to collaborate with geniuses such as Chris Cunningham, Masami Kurumada and Hironobu Sakagushi.

It was really fun! He’s got a very loyal following who were also extremely receptive so I had a really good time on stage.

Do you have any pre show rituals?

For each show I make a playlist of things I’m into at that moment, then keep that on repeat backstage – I find it empowering and gives me energy!

My new single ‘Comedown’ is coming out in July and I have a pretty cool video for that on the way, it’s a bit like Star Wars meets Mortal Kombat on acid!

Matthew Herbert has brought his experimentalist genius on board for Comedown Remixed which also includes James Trystan’s fresh take on the track so look out for the vinyl version that will be out soon.