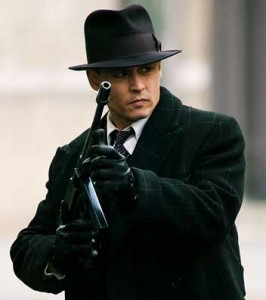 ANY film starring Johnny Depp and Christian Bale is a must â€“ câ€™mon ladies you know Iâ€™m right.

Public Enemies, based on Bryan Burroughâ€™s non-fiction book about the American crime wave of the 1930s, tells the story of infamous bank robber John Dillinger, played by Depp.

Dillingerâ€™s exploits dominated the press during this time and he was viewed by the public as a Robin Hood-type figure.

The film opens with Dillingerâ€™s famous escape from prison and his return to Chicago, the gang capital of the Midwest.

Dillinger and his associatesâ€™ crime spree quickly put them at the top of Americaâ€™s public enemy list and drew the attention of J. Edgar Hoover, the director of the newly established Federal Bureau of Investigation. 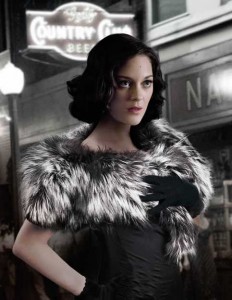 The two are thrust into a game of cat and mouse as Dillinger attempts to evade capture and Purvis tries to prove himself and the new techniques of the FBI.

As Dillinger continues to outsmart the FBI, Purvis feels the pressure from Hoover, who will stop at nothing to get his man.

Coming to a head at gunfight at the Little Bohemia Lodge in Manitowish Waters, Wisconsin, Dillinger is forced to re-evaluate his life and think of the future.

Director Michael Mann filmed these scenes at the actual location of the 1934 shoot out, adding authenticity to the movie.

The action-packed robberies, shoot outs, prison breaks and car chases make great viewing but for me the surprise of this movie is the underlying love story between Dillinger and his girl Billie Frechette, played by the lovely Marion Cotillard.

The robberâ€™s relationship with Billie adds a softer side to his character and his determination to stay with her is refreshing to watch.

The chemistry between Depp and Cotillard is electric and the audience really roots for the couple throughout the film.

Public Enemies is one of those films that has you championing the criminal and hoping he doesnâ€™t get caught.

But as this is based on real-life figures, history has already been written, and like many of his criminal counterparts, John Dillinger doesnâ€™t get his happy ending.

Yet leaving the cinema, I am intrigued by this poor kid from Indiana who became one of the most famous bank robbers in the Midwest and public enemy number one.
Public Enemies â€“ A review by Andrea Clarke
Certificate: 15
Out Wednesday July 1, 2009
www.moviehouse.co.uk