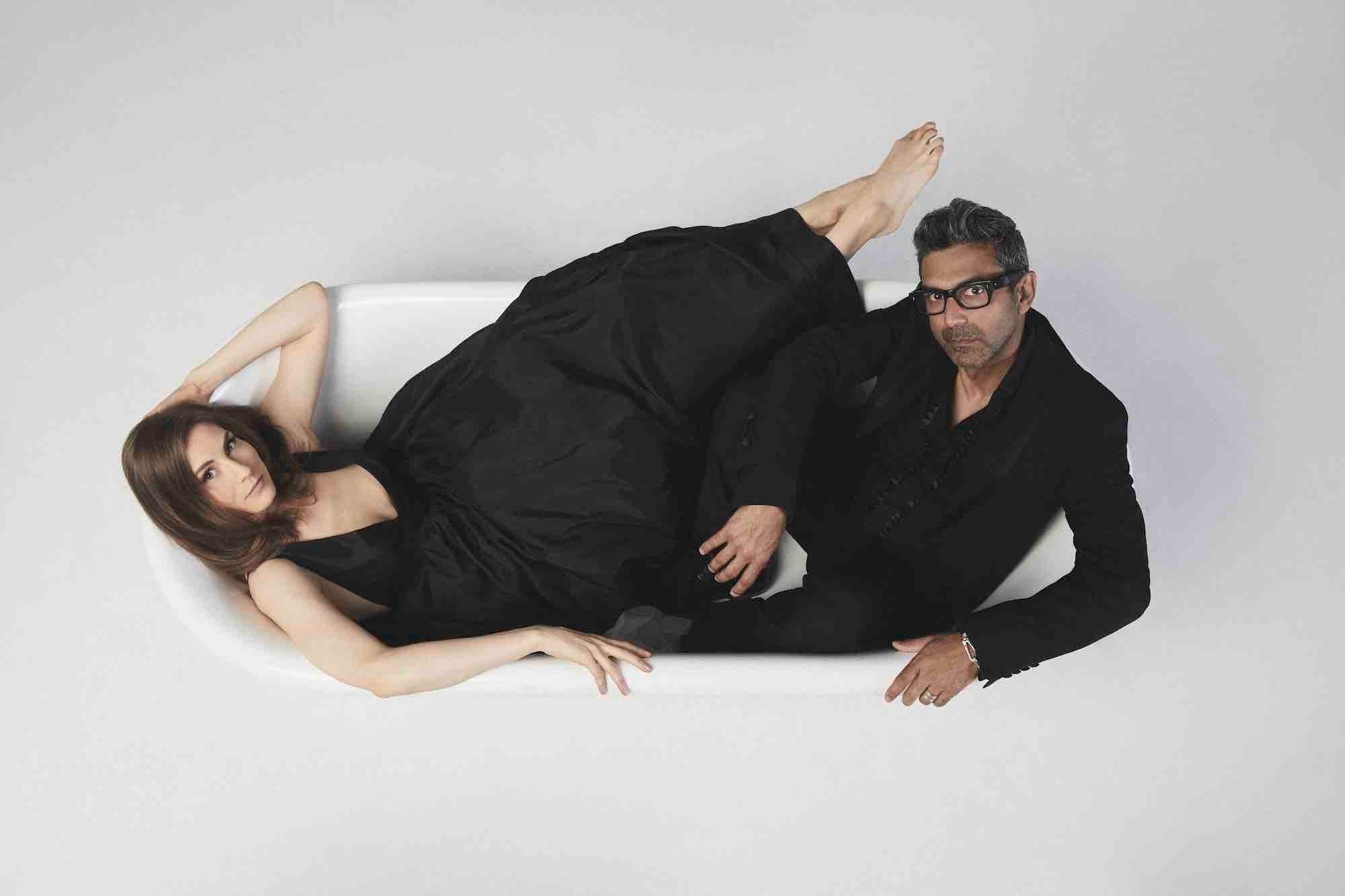 Australia’s charming duo President Street – Ruby and Pete – announced tour in support of Roachford’s UK Tour (‘fingers crossed‘ scheduled for May and June), and talk to us about their brilliantly upbeat and hopeful pop gem called TIME IS UP, mixed by world-renowned Ash Howes and inspired by the many movements the world saw over the last few years…

“Can you feel the power? We’ll rise up! This is the hour, time is up!”

How was your writing process different this time, in quarantine as opposed to normal circumstances?

Our writing process this time was definitely different to other times – but not much that happened in the last year can be compared to the normal circumstances can it!? In Melbourne we had a pretty severe and long lockdown for a lot of 2020 but thankfully we were able to get away on a songwriting trip early in the year before things became super restricted. We drove to a beautiful part of Victoria, about 1.5hours out of Melbourne and bunkered down there for a few weeks to write. This time we were writing with kookaburras and cockatoos on our balcony in the serenity of nature which is always centering and brings about reflection of the world at large.

The beginning of Time is Up was conceived after watching the news and seeing many people all around the world coming together in unity to stand up for humanity, togetherness and just stand against division in general. We got talking about so many important movements that happened the last few years it all just swelled up inside us and the song started with the chorus line and melody which we feel reflects that overall sentiment and scene of all the peaceful protests and movements, “Can you feel the power? We’ll rise up! This is the hour, time is up!”

Next came the lyrics of the verses and pre-chorus which all just flowed from the very first line, “we know you know it’s not right”. The fine tuning of the song however was done during our strict lockdown where we couldn’t meet up with each other so we had to try our best with video calls in the studio and emails back and forth which was at times hard because sometimes you just need to be in the same room and point your finger on the screen to show which section of the song you’re referring to. We tend to work best when together so having to be apart felt like it slowed the overall process down. But we got here in the end! 🙂

One thing about this track is that we actually did a pretty big re-write of this song which is something we haven’t really done before with any of our other songs – and the song you hear today is actually pretty different musically and lyrically to what we first started with with – only the chorus hook being the same. Normally we find it easier to write a new song than rewrite an old one because they get pretty set in stone quickly and the energy needed to rewrite is often better spent working on something new. So yeah, the rewrite probably happened because of covid as we had the opportunity to take that bit of extra time and revisit it to make sure we were 100% happy with it – well, however much any artists can ever be 100% happy with a song 🙂

We know you’re (fingers crossed) supporting Roachford on his summer tour of the UK. How did that come about? Do you have anything special planned for your sets?

Yes fingers crossed indeed! We are super excited and honoured to be supporting Roachford and we just hope that it will go ahead and we’ll be able to travel. Andrew is to us the ‘musician’s muso’ – he’s the real deal in terms of songwriting, recording, playing, singing and putting on a great show. His new album ‘Twice in a Lifetime’ is amazing so it’ll be great to hear him and his crew play that and all the classic hits live! It really is an honour for us.

We were first told about the tour from our booking agent who pulled it together and once we heard about the possibility we were really hopeful it could come together – so that was a great day when we heard the good news. The hardest part was keeping it to ourselves until the time was right to share the news because we wanted to shout it from the rooftops!!

We hope to release our debut album around the time of the tour so there will be a few new songs in the set which we’re excited to share. In terms of our sets, we will definitely be doing everything we can to put on a great show and be as entertaining as we can. As for the details, you’ll just have to come along to see!!

You had to direct and film your own music video during lockdown – on an iPhone! How difficult was that for you to conceptualise? Maybe it wasn’t difficult! How important is your image/visuals when considering this sort of thing?

Yes we did! We filmed the video for our previous song Something to Believe ourselves. It was fun but yeah, it was pretty difficult. The key thing for us was the conceptualisation process because we were under very severe lockdown and couldn’t travel more than 5km from our homes and were only allowed out for an hour a day. So we really had to create something that had a flow but was also achievable under those circumstances. There were no studios open so we had no choice and like so many people we did what we could!

Because the video was pretty simplistic in its story arc it really became very much about the visuals and the image and so Pete was under the hammer as the cameraman to get it right haha!! We spent a lot of time thinking about movement as well as the content and background of every shot. We wanted it to feel intimate and delicate to reflect the underlying feeling of the song and where it came from. We were really happy with how it turned out all things considered!

Anything else we should know about this release?

We can’t wait to share the music video for Time Is Up which we were so happy (and relieved haha) to shoot in a studio with director Peter Nathan, producer Janise Wild and super talented Melbourne dancer Chloe Ninnes.