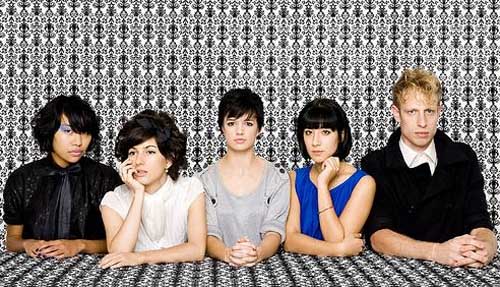 In a short space of time TEENAGERSINTOKYO have come from nothing to quickly rising as one of the bands to watch in 2010; selling out venues across the UK, bagging support from the likes of Zane Lowe and the NME; and most recently topping the Hype Machine chart with The Horrors remix of ‘Peter Pan’.

Following the celebrated release of their self-titled EP in 2008 the band caught everyone’s attention, landing themselves international acclaim, support slots with CSS, The Slits & Gossip, a record deal with Backyard and a move to the other side of the world. 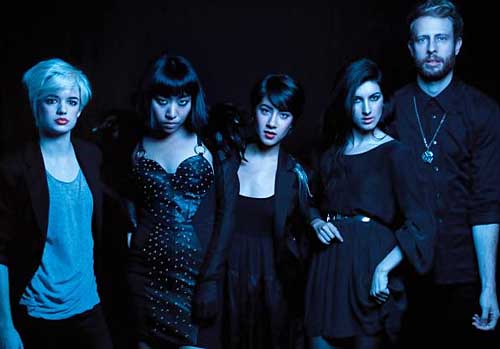 The result is debut album ‘Sacrifice’; an album that promises delight, thick in imagery, where landscapes and fire dominate the pastoral gloom. Album references are immaculate: ‘Isabella’ recalls prime era Siouxie & The Banshees with a serrated electro punk edge; while ‘Long Walk Home’ is awash with Joy Division synth swatches.

The relative light and optimism of ‘New Day’ is outweighed by the emotional calamity of ‘End It Tonight’, and new single ‘Peter Pan’, whips, lashes and sparks like a loose electric cable. The bass is tar thick, the drums edgy and jittering, the guitars sharp and slicing. And caught in the centre, singer Samantha Lim’s veneer of fragile innocence fractures and collapses to allow glimpses to the turmoil beneath. It’s a crooked shadow racing for the dancefloor with its knives drawn.

TEENAGERSINTOKYO are poised to take their place amongst the art-pop new wave; now sultry shimmerscapes like ‘3046’ and deviant dancefloor destroyers like ‘Talk To The Fire’ and ‘Peter Pan’ are set to draw back the curtain on a more opulent Big Picture. Prepare to be dazzled, blackened, bewitched.
www.myspace.com/teenagersintokyo