After 116 million people took part in the worldwide Stand Up and Take Action campaign, Irish rocker and activist Bono said he was so inspired he has written a song about it.

He said: “It’s not finished yet but it’s inspired by this concept of stand up. It’s a little diamond, though.
“It’s not a ‘let’s hold hands and the world is a better place sort of song.’ It’s more kick down the door of your own hypocrisy,” he said. 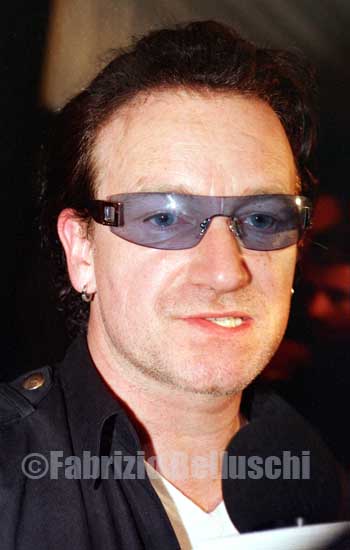 The campaign was such a success world leaders have now set a series of agreed targets on poverty, education, health and equality, and it set a Guinness World Record for â€œthe biggest mass mobilization on a single issue.â€
But developing countries fear rich nations will use the current economic crisis as an excuse to scale down their promises.
African leaders have already accused rich donor nations of not keeping to their aid commitments, which has become critical to combat the effects of higher world food prices.
“Although they were not a legal contract, and we wish they were, there is a moral contract that was made,” Bono said.
“To break a promise to yourself, to your partner, to your family, a politician to his constituents, are all bad things to do – but it’s a heinous crime to make a promise to the poorest most vulnerable people on earth and break it. That’s just not acceptable,” he said.
“I have faith in Africans who are becoming very adept at this balancing act between necessary aid flows and realizing that business, commerce and investment can take you out of catastrophe,” said Bono.
By Cathy Black
Main Photo by Â©Fabrizio Belluschi