Curry & Coco will be releasing â€œSEX IS FASHION EPâ€ as a digital download an 10â€³ vinyl on 10th May 2010, featuring tracks â€œWHOâ€™S NEXT?â€ and â€œSEX IS FASHIONâ€ with remixes by British artist The Emperor Machine and French beatmaker/producer Fulgeance. 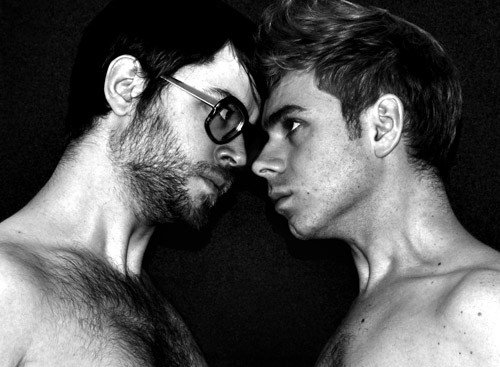 www.myspace.com/curryandcoco
WHO ARE THE BAND MEMBERS AND WHAT DO EACH OF YOU DO IN THE BAND?
Thomas : Hi! I’m Thomas, I play drums & backing vocals, and I’m the “yeux revolver” part of C&C.
Sylvain : And I’m Sylvain, I sing and play synthesizers, and the “coeur de rocker” part.

WHAT KIND OF MUSIC DO YOU MAKE / PLAY ?
S : We like to call our style “Pop De Danse”…
T : … we aim to touch people physically, with pop songs.

WHERE ARE YOU FROM ?
T : We are from north France, Lille to be more precise.

HOW DID YOU GUYS GET TOGETHER AND WHEN?
S : We know each oher since we were children…
T : … and we still play together, but with a lot more noisy toys! 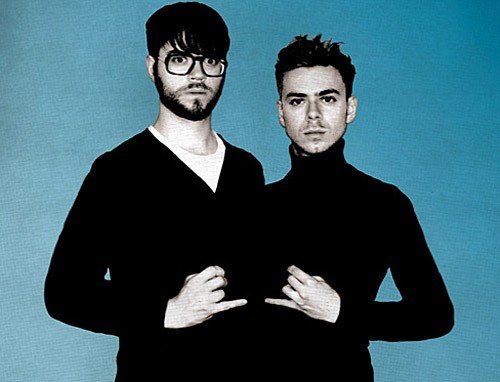 WHO ARE YOUR INFLUENCES IN THE MUSIC INDUSTRY ?
S : We love Blondie as much as we dig Gang of Four, AC/DC, Joy Division, Giorgio Moroder, or great cassical film soundtracks…
T : … and we are sometimes more influenced by writers, like Mr Bukowski, or painters like Hopper, than by musicians.

TELL US A BIT ABOUT YOUR EARLY DAYS AND HOW THEY DIFFER FROM NOW ?
S : It wasn’t that fun because when you are 5, people usually don’t let you smoke cigarettes and drink grands crus. Quiet a relief now.

WHATâ€™S THE MOST SUCCESSFUL THING YOU GUYS HAVE DONE TO DATE ?
S : Definitely releasing our debut album.
T : Getting to read John fante without the help of alcohol.

WHO HAS HELPED YOU THE MOST GET TO WHERE YOU ARE TODAY ?
T : Morgan, our beloved tour-manager, who’s the first guy to tell us that we are making shit when we do.

WHATâ€™S COMING NEXT FOR THE BAND ?
S : Release parties in France, because we deserve a bit of that, and then gigs & gigs & gigs…
T : French festivals this summer, a UK tour in May, and really want to get to see you guys!
S : Make some kind of sweat competition…

IS IT HARD BEING A NEW BAND IN TODAYâ€™S INDUSTRY ?
T : We all know the industry is not going very well, but we never let that become a problem for us. We are here to have a good time, isn’t it?

HOW IMPORTANT IS THE INTERNET AND SOCIAL NETWORK SITES TO THE SUCCESS OF YOUR BAND ?
S : Social networks as facebook, myspace and blogs really are a nice way to built relationships with people we love, and people who love our music. Our facebook fanpage really is the place where we share with people. (http://www.facebook.com/wearebeauty)