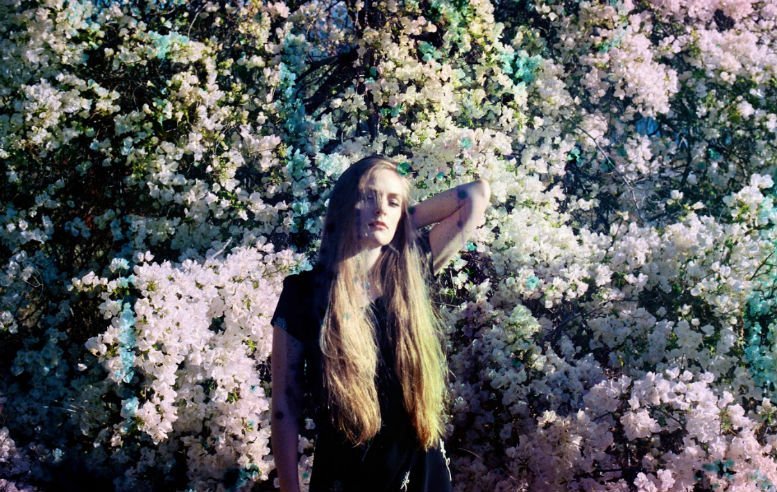 Describing herself as “hazy gal making hazy tunes”, Brisbane producer and multi-instrumentalist, post-dusk (Ruby Smith), talks about the perfect new video – directed by Pernell Marsden with photography by Samundranil Chatterjee – for her debut single ‘PDFC’, a slice of her lushly intense and dreamy electro-pop offering.

How are you Ruby?

Really busy but doing really well! The response to the video has been so overwhelmingly nice.

What is post-dusk for you?

Well, post-dusk is a really specific time of day – after the sun has set and the sky turns a rich navy blue, all the lights in the houses come on, and everything gets this pale blue glow to it. It always makes me feel really excited and inspired so it made sense to name the project after it. I wanted to re-create that feeling in my work.

Can you talk about your track ‘PDFC’? And the video?

I wrote the first half in my old house and the second half in my new house, which makes sense because it’s all about the process of change. I played every instrument, recorded it, produced it and mixed it myself, all just at home.

Pernell Marsden, who directed the video, found the song on Triple J Unearthed and just sent me an email, I sent back some ideas, and we were both really on the same page about the look and feel we were going for, especially the raining gold glitter. Samudranil Chatterjee was DoP, and we shot it in the Spring Hill Reservoirs which has rows and rows of these amazing stone archways. It was such a surreal place to spend the day and I’m really proud of what we all made, I think it suits the song really well.

From your thesis in psychology to post-dusk….Please tell us more

Yeah! Weird combination. I’ve been making music since my early teen years and I was always going to keep doing that, but as I finished high school I thought maybe I should go to university and study psychology too. So I’ve just been doing both! Neither of these things pay well, so I also work in research. I’m right at the end of my Honours degree at the moment, so I’m looking forward to finishing off this thesis and having more time to work on music.

What about your debut EP?

I’ve been working on some tracks this year and really just wanted to have a body of work that was from start to finish all my own. I’m putting the finishing touches on it at the moment, so it’s on its way! After that I’m really excited to collaborate and generally learn more, further develop the sound and the live show.

Having studied personality for the last few years, and writing a thesis on personality right now, I definitely over-thought this hahaha but I’m going to say the male bower-bird, they just collect things and make nice arrangements and they care so much about aesthetics, they just do that all day, it’s so funny. Living the dream. 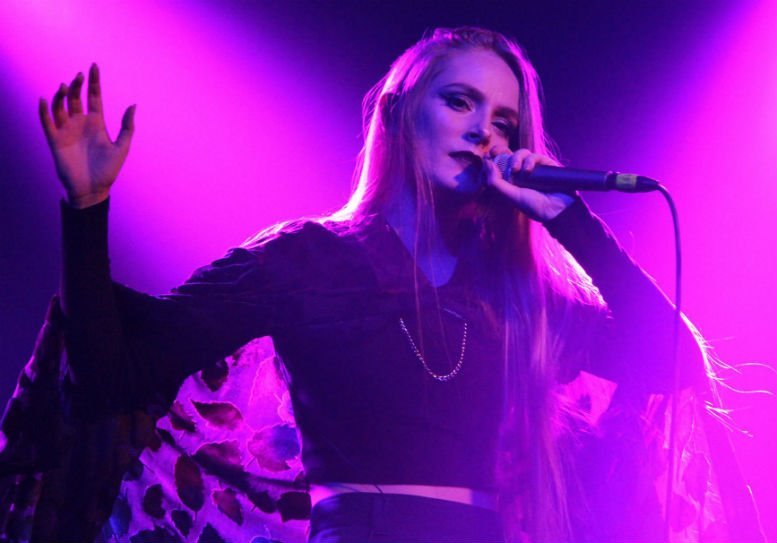 It’s really grown a lot in the last few years and I’d say it’s doing really well. There’s a lot of support for local artists, from music venues, community radio, online blogs, and from other musicians. People are pretty happy to help out where they can and everyone just wants each other to succeed, it’s a nice environment to be in. There’s also a strong push for diversity, making sure everyone is included so it’s not just all boy bands. Eternally grateful for all the knowledge and opportunities I’ve had from the community here.

Oh, so many. The goal has always just been to be able to keep making music my whole life. Keep adding to my home studio, make heaps of stuff, get really good at making heaps of stuff. I want to hear a song I make when I’m 50. Other than that I think I’d like to drink champagne on a yacht with Enya and then get a personal tour of her castle.

I think my main musical influences would have to be artists like The Cure, Enya, Sisters of Mercy & Cocteau Twins, but outside of music it’s mostly something like, seeing light shimmering on the water and trying to make a synth that sounds the way that looks. Usually just kind of hearing something in your head and trying to make that in real life.

Aside from the bands I just mentioned, there are some really great Australian electronic artists I’ve been really into lately, like RKDA, Bel, Aeora, Grimmer, colourwaves & Rainbow Chan, just to name a few. I’m doing a lot of thesis writing at the moment, so a YouTube video of “3 Hours of Relaxing Celtic Music” never goes astray.