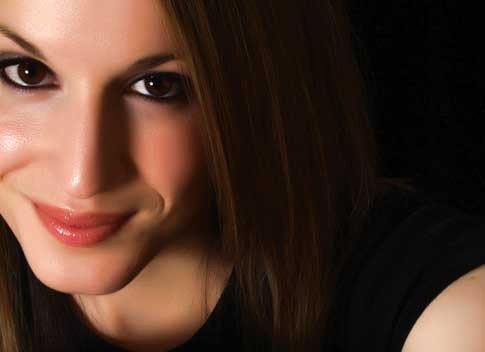 Jessica Garlick, one of the Top 10 finalists from the first ever ITV/Pop Idol series, won by Will Young, is making a welcome return to the spotlight.

Having enjoyed the highs and delights of being part of Pop Idol, it also gave her the opportunity to embark on a major twenty two date sell-out UK arenas tour with the other finalists, followed by a multiâ€“platinum selling album.

In 2002, Jessica was one of 4 entries for BBC TVâ€™s Eurovision Song Contestâ€™ UK entry decider programme â€˜A Song for Europeâ€™. She won the competition by a landslide public vote with the song â€˜Come Back, by gaining an amazing 67% of the total voting within ten minutes!

In May, 2002, Jessica went on to represent the UK with the song at the Eurovision Song Contest in Tallinn, Estonia and came a very credible 3rd place and in fact, still holds the record for best position for a UK entry in the last decade. As a point of interest, if you were to combine the UK entriesâ€™ votes since 2002, they jointly havenâ€™t gained the amount of points scored by Jessica on that night alone!
â€˜Come Backâ€™ also gave Jessica her first hit single in the UK as a solo artist.

The new single â€œHard Not to Fallâ€ which is due for release on 11th May 2009 sees Jessica collaborating with Martyn Baylay, high flying pilot/songwriter who incidentally also wrote the chart topping hit â€œCome Backâ€.

The single will be available to download from the 9th May 2009 via iTunes and other major download sites. All the latest information about Jessica, links for the new single and to follow her personal online blog, please go to jessicagarlick.com