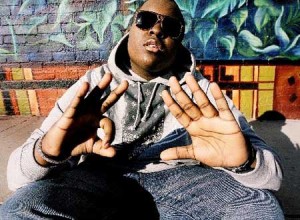 Sean Kingstonâ€™s self-titled 2007 album may have sold more than a million copies worldwide and spawned three back-to-back Top 10 singles, including the double platinum smash â€œBeautiful Girls,â€ which hit No. 1 in 21 countries, but it turns out that the Miami-born, Jamaica-bred teen was just getting warmed up on his debut.

Kingstonâ€™s second album is aptly titled Tomorrow, as it reflects this 19-year-oldâ€™s growth as a person as well as his evolution as a singer, songwriter, and entertainer. â€œI called it Tomorrow because the album is about everything thatâ€™s happened to me over the past two years and how much Iâ€™ve grown and changed since my debut came out,â€ he says. 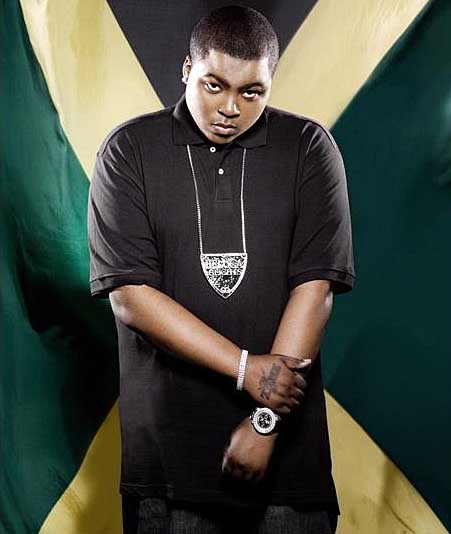 He proves it on Tomorrow â€” a buoyant collection of pop-fueled feel-good anthems and dance-floor clarion calls that bumps everything from electro-pop (the club-banging first single â€œFire Burningâ€) to rock (â€œShoulda Let U Goâ€ featuring Good Charlotte), to reggae (the breezy â€œIsland Queenâ€), to R&B (â€œWrap U Around Meâ€ â€” Kingstonâ€™s current favorite track because â€œIâ€™ve always wanted to cut a straight-up love songâ€).

The melodies are irresistible, and Kingstonâ€™s Caribbean-inflected voice sound better than ever. Then there are the lyrics, which showcase his growing conceptual maturity. On first listen, Tomorrow may sound loaded with â€œgirl songsâ€ (as he puts it), but for Kingston, writing about his relationships serves as a prism for his deeper messages. â€œFace Dropâ€ is about self-acceptance and shutting down the haters, â€œMagicalâ€ addresses true romantic connection, while â€œWarâ€ (featuring Lil Wayne) finds Kingston fighting for the one he loves.

On â€œOver,â€ he brushes off a girl who just wants to get with him for his fame. Through his songs, Kingston lets listeners in on what his life is like through good old-fashioned story-telling.

â€œI write stuff thatâ€™s straightforward but you have to listen closely,â€ Kingston says. â€œEverything I write is always a picture. I try to create pictures so that people can relate and be like, â€˜Yo, I know exactly how he feels, man. A girl just wants to talk to you because you got a Benz. Or she just wants to use your car to go to the club.â€™ They know. On all the tracks, Iâ€™m talking to girls, but they all express different emotions. Women are powerful. I treat them like royalty. It was a women who brought me into this world.â€

Sean Kingstonâ€™s mama, Janice Turner, looms large in her sonâ€™s life and is an important part of what makes him who he is. It was Janice who sent a then seven-year-old Sean to live with his father in Kingston, Jamaica, to straighten him out when she could no longer handle his acting up. â€œI was getting in trouble,hanging with the wrong people,â€ he says, â€œI needed to go learn my roots.â€

When Kingston returned to Miami, it was Janice who encouraged her hip-hop-obsessedson to switch up his freestyle rapping for singing. She bought him a tiny personal studio when he was 11 and encouraged him to take the stacks of composition books he had filled up with lyrics and turn them into songs. Kingston began writing his own reggae-pop hybrids and performing them at block parties and talent shows, which heâ€™d always win. â€œThat was when I knew I was on the road to something big,â€ he says.

But Kingstonâ€™s budding career was dealt a set-back when he was 15. In 2005, Janice was convicted of tax evasion and bank fraud and sent to a federal prison in Tallahassee. After a period during which he was briefly homeless and forced to sleep at the bus station, Kingston bounced around living with various friends and relatives. â€œI got a little lawn-mowing job cutting grass to make money so I could make a demo,â€ he says. â€œMy mom was gone, I did what I had to do. But everything happens for a reason. That same demo is what got me signed.â€

Desperate to get his music heard, he posted the demo tracks on his MySpace page and began to email every hit-making producer he could find online, including J.R. Rotem (50 Cent, Britney Spears, Rick Ross), asking them to listen. â€œI sent J.R. eight messages a day for three weeks, I wasnâ€™t taking no for an answer,â€ Kingston recalls. Struck by his persistence, as well as the talent clearly evident on the tracks, Rotemâ€™s brother Tommy, who was managing J.R.â€™s

MySpace page, told Kingston that if he ever came to Los Angeles, to give him a call, which Kingston did in June 2006 when he moved there to live with his older brother. The two met at a Subway sandwich shop in Burbank and Kingstonâ€™s fate was sealed.

â€œMy mom was locked up. I had all kinds of hunger in my voice,â€ Kingston says, â€œand it obviously came through when I was freestyling for Tommy.â€ A deal with J.R.â€™s newly launched label Beluga Heights was signed, followed by a joint contract with Epic Records, which sent Kingston into the studio with Rotem where the two cooked up the tracks that became Kingstonâ€™s debut album and sent the 17-year-oldâ€™s career into the stratosphere.

A vibrant fusion of pop, doo-wop, and reggae, characterized by Kingstonâ€™s airy island lilt and a sample of Ben E. Kingâ€™s â€œStand By Me,â€ â€œBeautiful Girlsâ€ made history as one of the fastest ascents up the Billboard Hot 100 charts ever, eventually climbing to No. 1, where it stayed put for three weeks. Three more Top 10 hits followed, â€œMe Love,â€ â€œTake You There,â€ and â€œThereâ€™s Nothinâ€™.â€ Kingston sold more than six million digital singles and more than 4.5 million ringtones. In 2007, he opened for Gwen Stefani on her â€˜Sweet Escapeâ€™ tour, BeyoncÃ© on her â€˜BeyoncÃ© Experienceâ€™ tour, as well as Chris Brown in the U.S. and Kelly Clarkson in Australia.

Now comes Tomorrow, which Kingston says reflects where heâ€™s at in 2009. â€œMy mamaâ€™s out of jail,â€ he says. â€œMy first album sold a million copies around the world. Itâ€™s time to let people know that Iâ€™m not just a couple of songs on the radio. Iâ€™m not just â€˜Beautiful Girls,â€™ or â€˜Me Love,â€™ or â€˜Take You There.â€™ When people hear the album, I want them to say, â€˜This is who Sean Kingston is â€” he just keeps coming.â€

Sean Kingston will be performing live @ Vicar St. this November 16th. Tickets are â‚¬35 on sale Monday Sept 28th @ 9am through Ticketmaster and other usual outlets nationwide. Booking Line: 0818 719 390.

Sean Kingston – Take You There
by Alisvideo