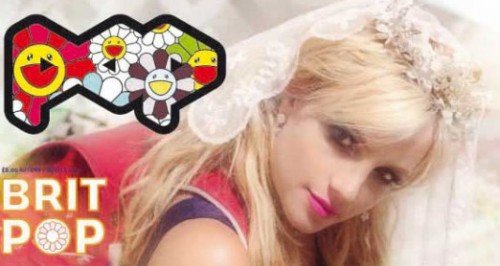 Murakami has developed a reputation as the Japanese Andy Warhol, with his 2D, â€˜Superflatâ€™-style works exploring the notion of selling a product and creating exposure for a brand figure. 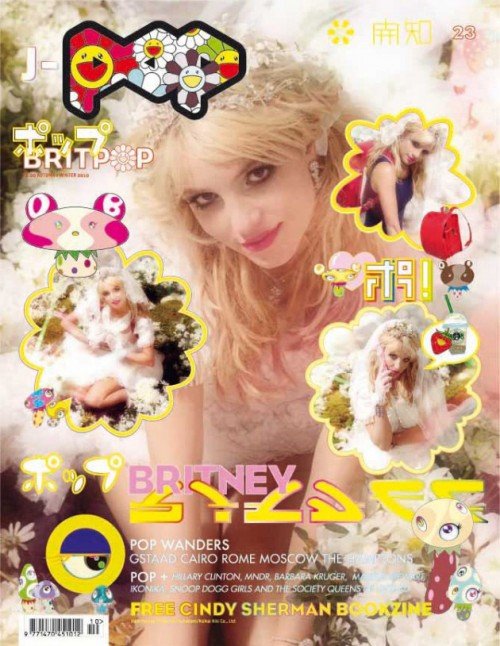 By mass producing merchandise featuring elements of and characters from his creations, classically trained Murakami has crafted an empire that blurs the line between high and low brow art and has helped to redefine the contemporary Japanese art scene. 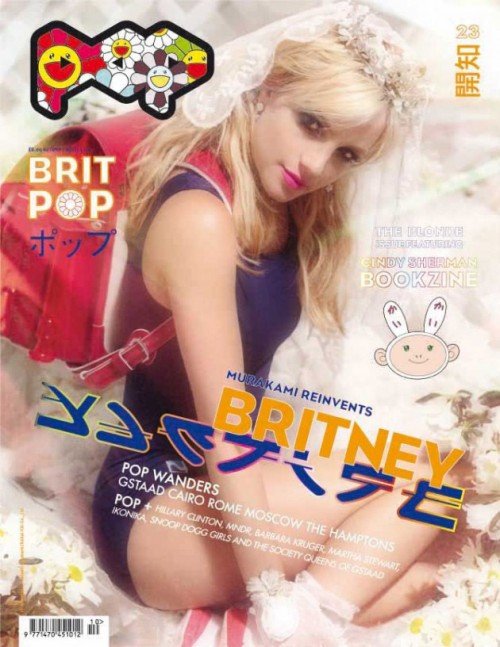 Britney says:
‘I loved working with Takashi,’ ‘I especially liked how he took high-end fashion and incorporated it with Japanese Manga.

‘We took a lot of characters and art before we shot, so I could get a feel of what he was looking for. I was in Japan on my last promo tour, and I loved it.’

‘I just saw the photos for the first time and they are beautiful…Thanks @TakashiPom,’.