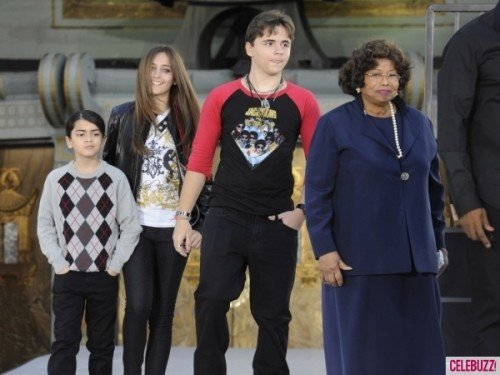 Los Angeles police were called to the Calabasas, Calif., mansion of Jackson family matriarch Katherine earlier Monday to stop Michael Jackson’s three children from being removed from the house, Celebuzz has exclusively learned.

“Janet, Jermaine and Randy turned up with what appeared to be a television crew in tow,” a source at the home told Celebuzz.

It’s understood Katherine’s personal security prevented the trio of uncle and aunts from taking the children and immediately called police. It is not known if police were involved in preventing Janet, Jermaine and Randy.

The Los Angeles County Sheriff’s Department confirmed the development when contacted by Celebuzz.

“We were called out to her home at 1.10pm,” the Watch Commander at the Malibu/Lost Hills Sheriff’s Station confirmed to Celebuzz.

“Police are currently still trying to determine what happened at the home, so at this point, we do not have any further information.”
Read more in
celebuzz.com