The official release date for the highly anticipated new console game “The X Factor” is been unveiled.

The game is based on the hit ITV talent show The X Factor and is produced by Deep Silver, the games label of Koch Media, a leading producer and distributor of digital entertainment products, and FremantleMedia Enterprises (FME).

“The X Factor” video game will be available across the UK on October 29. “The X Factor” will capture the excitement and entertainment of the TV show, including auditions, boot camp, appearances in judges’ houses and live shows.

In addition to the Career mode, “The X Factor” offers a Party mode with four different varieties of gameplay. Aspiring console pop stars will be able to perform 28 new and classic hit pop songs from famous artists including U2, Lady Gaga, Pixie Lott, Stanfour and more. 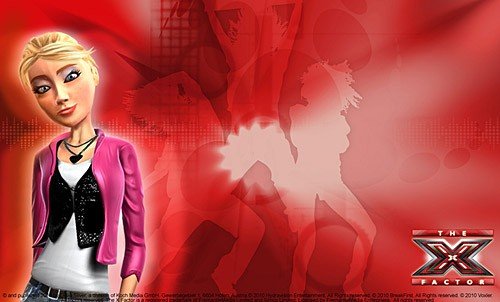 Players can also unlock achievements and unique items in order to modify their characters in the course of the game.

The “The X Factor” game will be available in numerous European territories where the show is made – including the UK, France, Belgium, Luxembourg, the Netherlands, Italy, Germany, Denmark, Finland, Iceland, Norway and Sweden.

The game will capture the excitement and entertainment of the TV show and will include auditions, boot camp and judgesâ€™ houses levels as well as several game modes from individual career to duets and battles so family and friends can all enjoy together.

â€œTo be able to work with a phenomenal brand such asÂ The X Factor is an incredible opportunity,â€ said Georg Larch, International Marketing Director, Deep Silver. â€œThe X Factor is a truly global brandÂ which is instantly recognisable to thousands of gamers and TV fans around the world.Â  With the developer, Hydravision Entertainment, Deep Silver will be creating a game that is a true adaptation of the show from the hilarity of the auditions to the excitement of the live show; we will be testing the singing skills of the player and will feature the sharp critique of the judges.â€

EXPERIENCE A SLICE OF THE CELEBRITY LIFESTYLE.
In conjunction with the release of The X Factor Video Game on Xbox 360, WiiÂ and Playstation3 Deep Silver isÂ offering Â£5000 cash to one lucky winner!
For your chance to win, click here