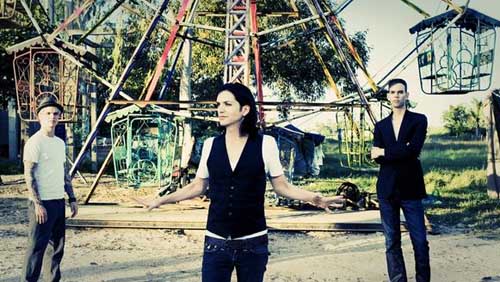 Placebo have confirmed a concert at The Olympia Theatre, Dublin on 15th December, 2009. Tickets will go on sale this Friday 29th May at 9.00am from Ticketmaster outlets nationwide.

Placebo release their new album Battle For The Sun on June 12th. Recorded over three months at Metal Works Studios in Toronto with producer David Bottrill and mixed in London by My Bloody Valentine, Smashing Pumpkins and Nine Inch Nails supremo Alan Moulder, Battle for the Sun is a startling, alive, vital and boundary-vaulting Placebo record. It is, according to Brian Molko, â€œnot hard rock and it’s not pop, it’s probably hard pop. I think we’ve made a record which is almost the flipside of ‘Meds’.
For What It’s Worth

We’ve made a record about choosing life, about choosing to live, about stepping out of the darkness and into the light. Not necessarily turning your back on the darkness because it’s there, it’s essential; it’s a part of who you are, but more about the choice of standing in the sunlight instead.â€