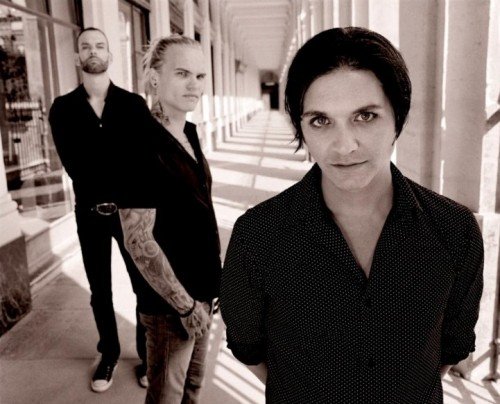 In 1996, no one could have predicted Placebo becoming one of the world’s most ardently loved and unfailingly innovative rock bands.

Their self-titled debut album and follow-ups like “Black Market Music” and “Without You I’m Nothing” were tremendously inciting manifestos to teenage angst, belligerently at odds with then current tastes in music.


The role of anxious misfits though, is one Brian Molko, Stefan Olsdal, and Steve Forrest have since traded in for a post as strikingly upbeat rock stars. And their upcoming seventh LP “Loud Like Love” might possibly even take it up a notch…

Happy is the new sobby?! Following the success of the (comparatively) light-hearted albums “Meds” and “Battle for the Sun”, Placebo now seem to make another strong move towards danceable cheerfulness: The first sneak-peak into the upcoming title track “Loud Like Love” boasts with happy-go-lucky guitar riffs and a chorus so catchy, it’s destined to get stuck in your head.

Imagine the stomping fervour of “Infra-Red” mixed with the sing-along qualities of “Ashtray Heart”. A breezy teaser that made some long-serving fans once more lament the loss of Placebo’s traditional melancholy and underdog attitude of the early days.

Then again, “Loud Like Love” might only be the next sensible step towards a more broadly accessible sound – without loosing the band’s emotionally charged tenor.

Just swap the sadness for happiness, so to say!

Nothing is constant but… Although the iconic Placebo sound is a seemingly never-ending source for debate, their live shows have been consistently passionate and lavishly designed spectacles that perfectly capture their music in all its facets.

So no matter what the future release of “Loud Like Love” holds, tickets for the upcoming tour are definitely a worthwhile investment and can be found at:
ticcats.com/tickets/placebo