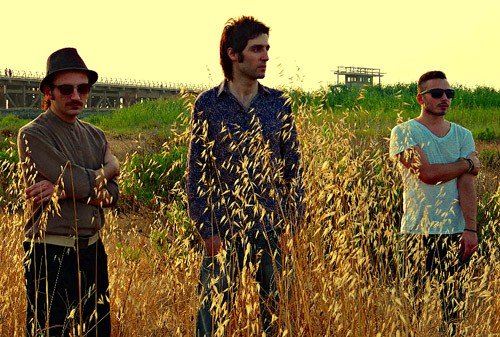 They developed their sound from electric tinged indie pop to a more mature, layered alt-folk pop sound that has seen them capture the hearts and minds of a number of Britain’s most celebrated musicians and bands.

Check out their new brilliant track ‘Ask Me For A Cigarette’:

And their rather good single (free download) ‘Edge of Nowhere’:

Describe yourself in 5 words.

What influenced you to get into music?

I bought “Be Here Now” by Oasis when I was 17 and I saw the light. I wanted to feel different from anyone else from where I grew up.

You seem connected to British music. What is it that inspires you about the UK music scene?

The UK music scene seems to offer opportunities to bands. In Italy if you know someone and have the right friends and contacts you can get some exposure by supporting great bands and playing cool venues… it doesn’t mater if you are shit.

In my opinion, in UK there’s a big difference. Perhaps you still need the right friends, but if you don’t have a good song then you won’t gain anything from this.

If you have a good song though, you can really have the chance to create your own buzz.

We recently played with Turin Brakes in Northampton and we’re supporting Ocean Colour Scene in mid October, which is great!

We are tenacious people who reached these goals by ourselves, but there would have been no point if we produced bad music. This is very inspiring for us.

Your new single ‘Ask Me For A Cigarette’ is out on 18th October, what is the song about?

‘Ask Me For A Cigarette’ is a song about how you might meet someone really special – the one you find once in a lifetime – and how it can happen in many different ways.

Even just asking a stranger for a cigarette can be the moment where everything changes, so the song is a kind of ‘yeah let’s get things started, get closer and start a conversation’. It’s a song about love in the purest meaning of the word. 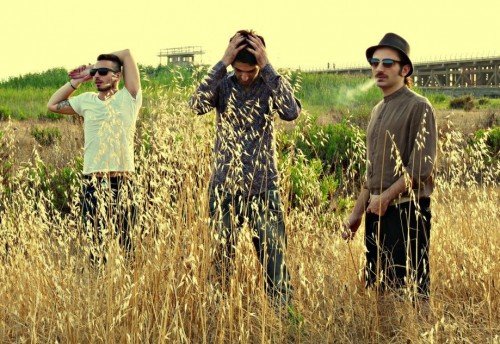 The video for ‘Ask Me For A Cigarette’ is lovely, what was the thinking behind it?

Well the idea of the video came from the mind of Giacomo Triglia, one of the most talented video makers here in Italy.

It was shot in Cosenza, about 3 hours from our hometown in Naples. Basically the concept’s not related to the lyrics of the song, apart from the final part where you see me leaving a cigarette outside the door after waiting for her in vain.

It’s just a story made of images and situations developing with each other across the picture frames.

So you see the water pouring from the decanter in the first frame flowing down to the glass in the other frame. Stuff like this is very cool.

We’re playing with Simon and Oscar from Ocean Colour Scene in mid October. Just 4 gigs, but this is an amazing beginning for us.

In November we’ll play with Turin Brakes in Naples and this will be the best ending to 2012.

Our new album Juliet Grove, produced in Wolverhampton by Gavin Monaghan (Editors, Scott Matthews, OCS) is due for release early next year and we hope to come back to the UK very soon.

What’s on your iPod at the moment?

At the moment I’m really into Dry The River – their debut album is awesome. I’m also loving “As The Sun Comes Up” by Jay Leighton a friend of mine, and a very talented artist.

If you could support any band in any era, who would it be?

That’s a simple answer. The Beatles

What do you like the most about being a musician and what do you hate the most?

I love when songs mean something to someone. It’s kind of like being part of their life even when you don’t know them personally.

This is the purest connection between people. I hate when promoters or agents don’t give a shit about you offering your music to their ears, I know there’s plenty of fish in the sea but a good catch is rare.

I’m not personally talking about Pipers but here in Italy we have some amazing independent bands and they don’t get the exposure they deserve. That’s weird to me.

The apocalypse is coming and you have to put one track into a time capsule to preserve for future generations, what would it be?

‘Come Pick Me Up’ by Ryan Adams. Or ‘Wonderwall’ by Oasis. Or maybe ‘Rocket man’ by Elton John.
facebook.com/Pipers
pipersonline.net