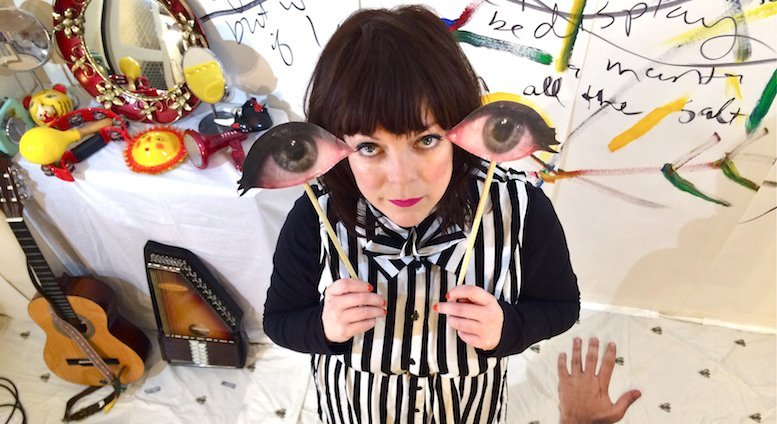 Piney Gir’s sixth album, ‘mR hYDE’S wILD rIDE’, is released on the 8th June via Damaged Goods. After a decade spent in the UK it feels like Piney’s finally made England hers by rediscovering America, re-imagined from London’s rainy streets, channelling her inner Jekyll and Mister Hyde….’Keep It Together’ is the first track lifted from ‘mR hYDE’S wILD rIDE’.

Hi, I’m Piney, I’m from Kansas, people from Kansas are generally nice to people, even people they don’t know. When I moved to London I was surprised to find that people didn’t say hi to each other when walking down the street. I guess if we all did that we’d be saying “hi” a lot so it’s not really practical here in London. I wear dresses every day (you won’t see me in jeans!) and I especially love vintage dresses. I raid my grandmother’s closet whenever I’m back in the States.

Piney Gir is just you but tell us who you collaborated with on the album and who plays with you live?

The live line up is basically whoever can show up because a lot of my band members play with other people like Gaz Coombes and Emiliana Torrini so they can sometimes be off touring so whoever is around, will play the shows! I am blessed to have a big collection of talented friends that rock up and help out sometimes, Amy Ashworth and Sarah Williams (do B.V.’s live & play omnichord and percussion), Alex Gold helps out on guitar… it’s all a bit of a moveable feast, but it’s always fun! 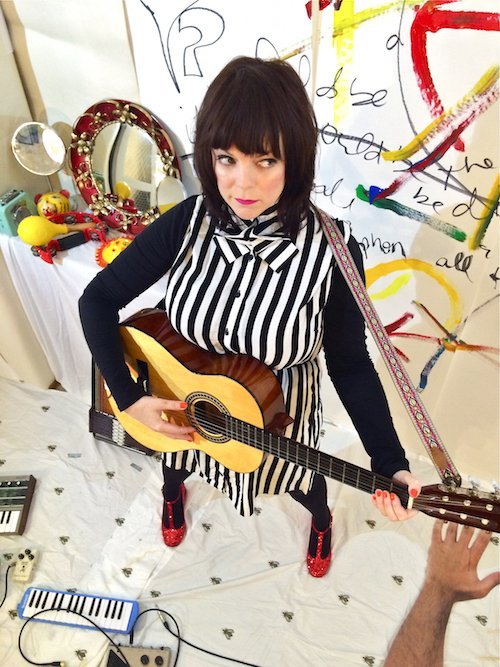 mR hYDE’S wILD rIDE is an odd title for an album, tell us the story behind that.

The Mr. Hyde bit refers to the duplicity within us all, there are two sides to everything and everyone: a Dr. Jekyll and a Mr. Hyde. A lot of these songs refer to darkness and light, there is optimism in bad things and there is darkness in good things. Nothing is pure, nothing is black and white, we live in a colourful world and colourful things happen to us every day and sometimes we handle it like Jekyll and sometimes we handle it like Hyde.

This is album number 6 – what keeps you creative and inspires you to write new music?

I have no idea. All I know is that I can’t fight the muse. It hits me and I have to get the ideas out of my head or I go crazy, all these thoughts whizzing around in there, they simply have to come out. Songs come to me almost like they are from somewhere else… sometimes fully-formed.

I can’t fight that, so I just keep doing it. I am inspired all the time, almost every day something inspires me and I have to write it down or sing it into my phone to refer to later. My mind is always on overdrive.

You’re originally from America, how long have you been in the UK and why did you move?

I moved to the UK over 10 years ago. I had just earned my music degree and didn’t know what to do with it. I knew I didn’t want to stay in Kansas and I didn’t want to go to New York, Chicago or LA because that seemed to be where everyone went after uni.

I had spent a semester in the UK on a foreign exchange programme and I loved it, so I came back, took some evening courses at St. Martin’s and worked in a cocktail bar to meet people and just figure things out. I ended up in a synth-pop duo called Vic Twenty, which was my first band. It was then I realised indie-pop music is something I wanted to do for real. 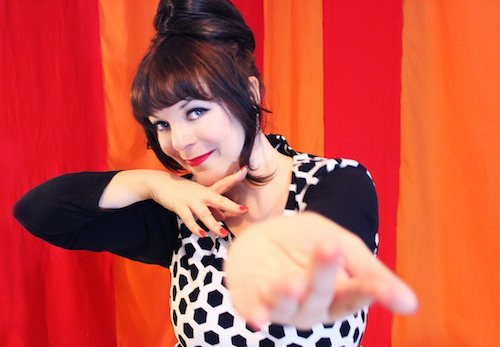 You’ve worked with and toured with Gaz Coombes who just released another fantastic solo record, how did you meet Gaz and what’s it been like to work with him?

I’ve never worked with or toured with Gaz Coombes, but I did tag along to Tokyo with him recently, when he went there to gig and do promo. Garo and Growler from my band are also in his band… so that’s how I got the privilege of going along to Tokyo and could observe everything from backstage. I agree that his recent album “Matador” is amazing, some very heartfelt and accomplished songwriting there.

Musically, what influences your writing?

I love all types, styles and genres of music, so I’m inspired all the time by different things. But what I latch on to, always…is melody, riffs and storytelling. I like a song to have a purpose lyrically, I like the melody to be memorable, I like riffs that float around in your head after the song has ended.

And non music influences – what are they?

I love the sun, I love cheery bright colours, I like Disney films and Audrey Hepburn, I like darker things like Twin Peaks and I like Tim Burton because he marries the twee-in-me to the darkness-in-me with a good sense of humour. Halloween is my favourite holiday, I wrote a song called “My Halloween” about that. I love dogs, I always grew up with dogs as pets, but I don’t have a garden or any outside space here in London, so I just look at puppies online and dream of having one, one day.

The album is unadulterated pop but are there moments when you just want to go away and write a really depressing post-rock track or something really heavy?

Hmm… well from this album, “Oh God You Devil” and “Purple Heart “are pretty depressing songs all about death and loss and disappointment, and “Mouse of a Ghost” gets really hard-rocking with that epic guitar solo at the end, there’s a lot of heavy/drone-driven Kraut-rock moments on this record too, so don’t know if I’d put them in the ‘pop’ category. If you do put those in a ‘pop’ category, then the answer is yes I want to go away and write a really depressing post-rock song, and clearly I need to try harder : )

Finally, what would your ideal band line-up be and why?

I love my band line up as it is now and wouldn’t change a thing!