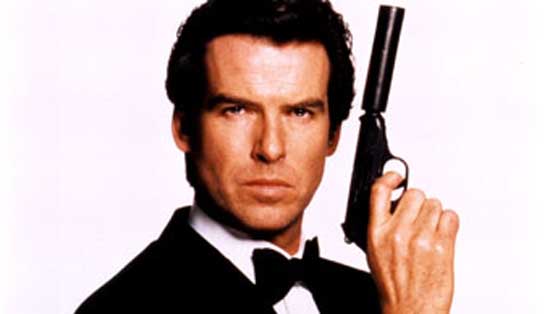 By Andrea Clarke
IRISH-born actor Pierce Brosnan has revealed he always believed he would do a fifth Bond film.
The 55-year-old played the super spy in four movies including the smash hits GoldenEye and Tomorrow Never Dies before he was replaced by Daniel Craig.
But The Matador star maintains he was ready to be James Bond again.
â€œI thought I’d do a fifth Bondâ€, he said. â€œI wanted to do a fifth Bond.
â€œBut I got a call from my agents saying the producers had changed their minds, which is their prerogative, but it was very disappointing and I was in shock for about 24 hours.
â€œIt’s shocking to be told that you’re too old, that you’re past your sell-by date. But you know, you have to let these things goâ€.
Pierce, who is currently filming the big screen adaptation of Mamma Mia with Meryl Streep, said he would love to have starred in Casino Royale.
He added: â€œCasino Royale formed the blueprint of Bond’s character.
â€œIt’s the one where Fleming really painted in the details of what Bond was about, so I was disappointed that it didn’t happen, but you know, you win some, you lose someâ€.