Brooklyn, NY-based Pictureplane – the exciting project by Travis Egedy – talks about ‘Hyper Real, his more than convincing hypnagogic new track, out now via IHC 1NFINITY, which comes with a rather engaging video directed by DEMONBABIES­.

First up how did you come up with the name Pictureplane? Any funny or clever story behind it?

I was in art school flipping through the index of a textbook and came across the phrase “picture plane”, which just means the two dimensional surface plane that a picture sits on. At the time I was really in to painting and drawing airplanes, and I liked the multiple meanings of the word “plane”.

Can you explain in few words Pictureplane?

Tell us something we should know about ‘Hyper Real’.

When something is “hyper real” it means that it is indistinguishable between artificial and real. I really like this concept of “reality engineering” , like who creates your reality? Are you allowing outside forces to construct how you view the world and live your life? Or do you create your own reality?

Its really spontaneous. I treat it like play. I just jam around until things start to click together and form the skeleton of a song. The lyrics and themes come later. 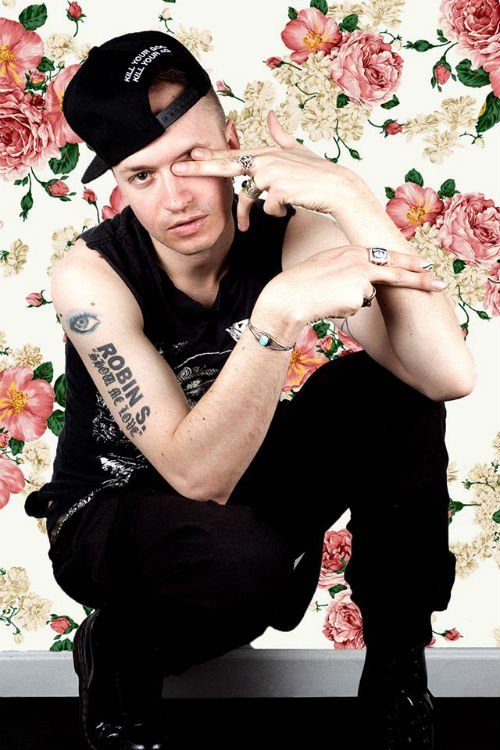 I’ve been obsessing about reading about alternative archaeology and history. Thinkers like Graham Hancock and John Anthony West.

People trying to uncover the real history of humans on earth in times of “pre history”. Trying to expose an entire forgotten chapter of history where people were extremely advanced in the distant past. Its fascinating.

What’s the best and worst thing about NYC?

The access to an infinite amount of events and culture. Its never ending. Its beautiful but can be exhausting and extremely distracting as an artist.

NYC is constantly changing like some weird blob of slime too. Its super cool, but relationships seem to come and go quickly here.

Im doing a 6 show tour with my friend, Heems from das racist! He is a great artist and the shows are going to be epic!

Im putting out an entire new album this fall called “TECHNOMANCER” . Watch out for it.