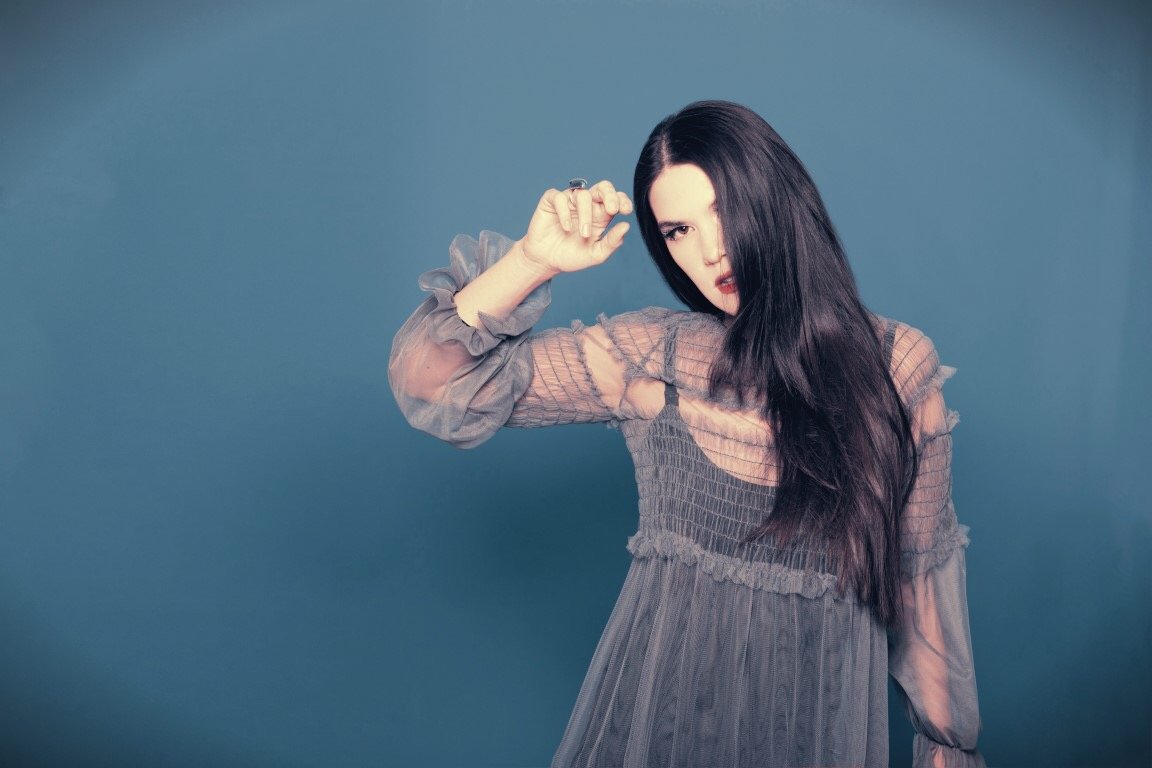 Smart London based, singer/songwriter Phildel has spent the last three years, making ‘Wave Your Flags’ – out March 22 – a convincingly relevant and enticing collection of modern tunes , inspired by the importance of speaking up and finding your way in the world – regardless of whether or not you are believed. Album’s standout track (and video) ‘Electric Hieghts’ is the perfect prelude to the new album.

At what age did you realise you wanted to be an artist/song writer?

I’ve always loved music but I think I realised it was “my destiny” when I was about 15 (I have to laugh at my teenage self when I look back now). I was halfway through studying art at school – but had a strong revelation out of the blue that I was supposed to be a composer. So I bluntly communicated this cosmic epiphany to my course leader along with my request to switch from art to music. Her response was “Well, I can’t really argue with that” – she switched me to music. Probably for the best as i’d say i’m an exceptionally ungifted painter.

Can you remember the first song you wrote?

Yes, it was a horrendous pop song my friend and I wrote at school, we had a dance routine and everything…another of our classmates who often went to audition for musicals came to watch our private performance (behind a tree in the school fields) and let us know we weren’t very good.

I think the first proper song I wrote was “The Disappearance of the Girl”, I must have been about 20.

What inspires your song writing?

These days my songs are inspired by my life experiences. I tend to draw from emotionally powerful experiences and be as authentic as I can in the songwriting.

Tell us about the new single?

Electric Heights is a song reminiscing about the electric feeling of attraction. The dizzying heights it brings you to. And missing that feeling of being so alive.

If you could only listen to one artist/band, who would it be and why?

Probably Simon and Garfunkel- because so much of their music could soundtrack any of life’s moments or feelings.

Your new album is out in March and it’s been 5 years since your last, how does this album compare?

I think there’s less explicit drama in this album compared to the last. There’s still a lot of tension and atmosphere, but it’s built in more subtle ways through the arrangements. The instrumentation is more contained in this album.

The last album was arranged with choirs and full string sections – so a lot more overt dynamic.

This one is more spacious and electronic.

Do you have a favourite track on the new album?

I love Oh Love…it’s a joy to play and was a joy to write.

A great year of performing the new album, i’m extremely excited about my upcoming show at The Purcell Room, Southbank Centre on 20th March.