PAIN confirmed as Special Guests at Nightwish concerts at Mandela Hall and Vicar Street.
“MUSIC is everything to me. Iâ€™ve been through two divorces and a whole world of shit because of music, but still it is the most important thing in the world to me. Iâ€™d rather have music than anything elseâ€
So speaks 36-eyar-old Peter Tagtgren, musician, producer and creative brain behind PAIN. His has been a life immersed in music, in pushing boundaries, and taking ideas to both their logical and illogical extremes.

Itâ€™s been a career that has involved fronting bands â€“ notably Hypocrisy and now PAIN â€“ or shaping their sounds â€“ as he has done with Celtic Frost, Children of Bodom, Dimmu Borgir and Immortal, among others. Itâ€™s a calling that has made him one of Swedenâ€™s most respected musicians and producers. But, with Painâ€™s new album, â€˜Psalms Of Extinctionâ€™ he now wants to take things one step further.

Now, in his own words, heâ€™s ready to make his band Pain, â€˜the biggest f****** band in the genre. I want this to be huge on a worldwide scale. 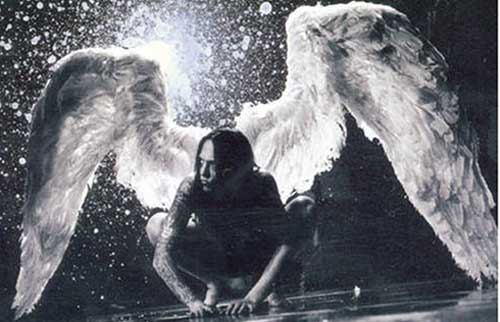 TAGTGRENâ€™S CAREER began in Hypocrisy, the atmospheric death metal band that he created, fronted and led. â€œBut in 1996,â€ Tatgren says â€œI realised I wanted to write some more heavy metal based music. I didnâ€™t want to change Hypocrisy because I didnâ€™t think that band had finished developing in its own genre. I really wanted to allow that to happen but I also wanted to experiment with other sounds. Thatâ€™s why I set up PAIN.â€