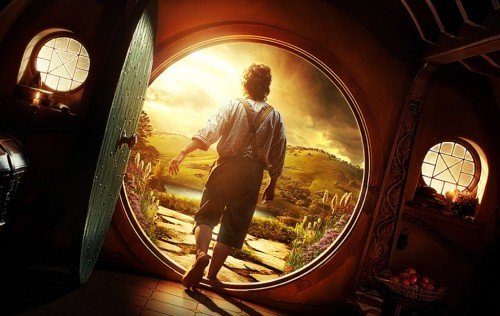 Peter Jackson will make a third film in his upcoming adaptation of J.R.R. Tolkien’s enduringly popular masterpiece The Hobbit.
Jackson said: “Upon recently viewing a cut of the first film, and a chunk of the second, (screenwriters) Fran Walsh, Philippa Boyens and I were very pleased with the way the story was coming together.

We recognized that the richness of the story of The Hobbit, as well as some of the related material in the appendices of The Lord of the Rings, gave rise to a simple question: do we tell more of the tale? And the answer from our perspective as filmmakers and fans was an unreserved ‘yes.’ We know the strength of our cast and of the characters they have brought to life.

We know creatively how compelling and engaging the story can be and—lastly, and most importantly—we know how much of the tale of Bilbo Baggins, the Dwarves of Erebor, the rise of the Necromancer, and the Battle of Dol Guldur would remain untold if we did not fully realize this complex and wonderful adventure. I’m delighted that New Line, MGM and Warner Bros. are equally enthusiastic about bringing fans this expansive tale across three films.”

The first film in the trilogy, “The Hobbit: An Unexpected Journey,” will be released December 14, 2012, with the second film releasing on December 13, 2013, and the third film slated for summer 2014. All three films will be released in 3D and 2D in select theatres and IMAX.