As the summer approaches BBC Radio 1â€™s bastion of dance music has announced his bold new Ibiza plans for 2008. WONDERLAND, Peteâ€™s brand new concept night, will be coming to Eden, San Antonio on Friday 13th June and running each week until Friday 26th September. Combining state of the art technology with a cutting edge line up each week, this will be Ibizaâ€™s roadblock night of 2008.

Peteâ€™s natural affinity with clubbers is nothing short of legendary and with his ever on-point selection providing the big room sounds, Wonderlandâ€™s music-centric ethos will be amplified by THE LOVEBOX with GROOVE ARMADA at the helm adding their inspirational experience to the second room each week with a host of upfront and exciting guests. Legendary promoter CHARLIE CHESTER will be bringing the Spanish contingent to the doors in the third room with Ibiza stalwart JO MILLS conducting the flow weekly. With A-listers TBC occupying slots alongside global DJs including ERIC PRYDZ, TIMO MAAS, HERNAN CATTANEO and NIC FANCIULLI plus performances from a series of rising stars this will be a musical melting pot of guaranteed quality. 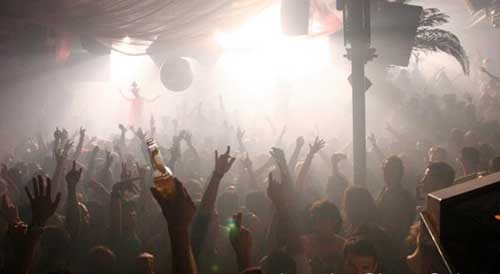 Commenting on the venture, Pete said:
â€˜I’m very excited about bringing WONDERLAND to IBIZA this summer. Itâ€™s time for me to start a new mission; Eden and San Antonio match my ambition to create something fresh on the island. With their desire and my experience we aim to create a ground breaking clubbing experience. San An deserves an international party and that’s what we want WONDERLAND to be. We have been working hard during the winter months, putting together a fantastic and talented team of people to make this happen. Working alongside Groove Armada, Microchunk and Goldie has been very inspiring, I’m sure once people check it out, WONDERLAND can become one of the islandâ€™s legendary partiesâ€™.

Production-wise Wonderland will challenge what has gone before with an absorbing, multi dimensional visual world. Acclaimed production company MICROCHUNK have created a unique bespoke graphical lightscape, combining state-of-the-art LED beads and moving head projectors that chase images around the balcony transforming the interior of the venue. Larger than life screens form the centrepiece as visuals are beamed against the backdrop and a multitude of shapshifting images pan the screens.

Ready to challenge preconceptions both Eden and San Antonio are in tune with the Wonderland ethos and ready to take clubbing back to where it began with an electric new vibe on the island. With Eden celebrating itâ€™s 10th anniversary and with two new outside terraces, private boat pick ups and a unique VIP room behind the DJ box, Eden will only further its reputation in 2008 as an essential clubbing Mecca.

The regeneration of San Antonio has also seen a chic, multi-cultural clientele taking centre stage in the city. Already famed for its clear waters and picturesque beaches, San Antonio is home to the islandâ€™s best cafÃ©s, bars, restaurants and hotels, making it the perfect setting for a bold new multi-sensory clubbing experience.

With the setting and sounds well and truly taken care of, Wonderlandâ€™s distinctive visual style has been created by fellow legendary DJ Goldie, whose days as one of the UKâ€™s top graffiti artists have been well documented. Bringing all these elements together Pete Tongâ€™s sagacity and intuitive understanding of Dance music will ensure that Wonderland becomes a milestone in club culture.
Wonderland will run every Friday from 13th June â€“ 26th September
petetong.com