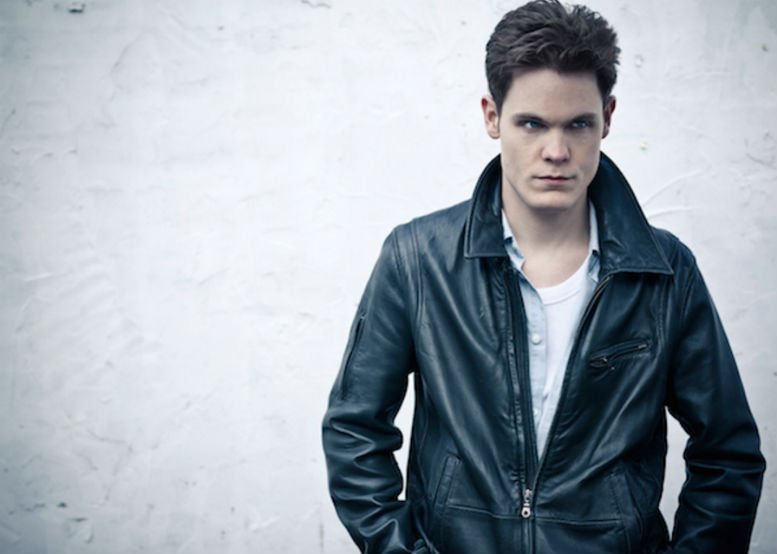 London based, Northern Irish modern day troubadour, Pete Gardiner, talks about his new track ‘Pretty Smiles’, (and the cinematic video, inspired by 50’s Film Noir and directed by Alex Taylor inspired by 50’s Film Noir), Villagers’ Tommy McLaughlin, his collaboration with Pól Brennan of Clannad, “residing in a caravan on a farm on the outskirts of Essex” and tells everything abut the talent in Bangor, Northern Ireland.

How are you Pete?

I’m fine thank you. I’m currently residing in a caravan on a farm on the outskirts of Essex, so you’ve caught me at a very tranquil moment in my life

Can you tell us all we should know about ‘Pretty Smiles’? And also about the video? 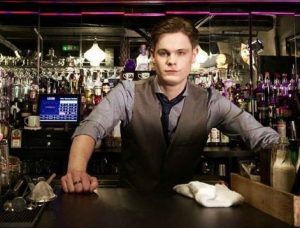 This one’s been with me for a while. I wrote the words years ago, the day after a very memorable evening. I’ve always wanted to keep a diary, but unfortunately I’ve never had the discipline required to sit down and write about my activities with that kind of structure.

But when I look over some of these songs, they seem to document key moments just as well. Pretty smiles is definitely one of those. It was nice to incorporate a 40s/50s style atmosphere into this video, the song just seemed to lend itself to that environment and I think we pulled it off really well. I play a bartender who obsesses over a dead movie star and is paid a visit by her ghost when he’s closing up one night. Al, the director had everything planned out to the last second and I think the idea came together brilliantly.

How did you end up working with Tommy McLaughlin, are you a fan of Villagers?

We were put in touch by a previous associate of mine who knew Tommy’s manager. He was interesting to work with. He was a quirky, complex character who I didn’t have enough time to completely figure out. But I was intrigued by him and I liked him. You couldn’t not like Tommy. He had a studio that was state of the art and the expertise to match. Spending time with him in that environment was a great learning experience. I became a fan of Villagers’ music afterwards.

After your excellent work with legendary Pól Brennan of Clannad, in ‘Property of The State’, are we going to see you more involved with movie soundtracks?

Well that’s something that’s interested me for a long time. Music is such a vital part of a lot of great films. The right song combined with good acting can really stir up a lot of emotion in people. I really feel like I have a contribution to make in this area and it’s certainly something I’d like to investigate fully. I hope the opportunity presents itself again soon. 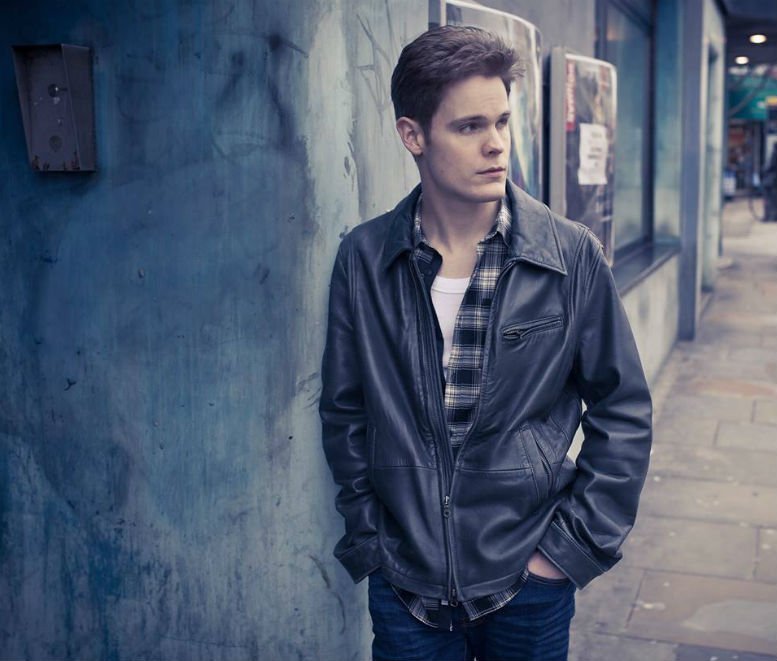 Are there any classic movies you wish they had your songs?

Not specifically. But I’ve wanted to write for films since before I’d even written my first song. I knew it when I’d heard Jon Bon Jovi’s soundtrack to ‘Young Guns 2’. That album was incredible, it almost goes with the movie too well. I always wished I had written those songs. Then the Goo Goo Dolls did ‘Iris’ for the ‘City of Angels’ movie and that just blew everything out of the water. That song became bigger than the movie and the band that wrote it, so if i’m going to set myself a target, I guess that’s a good place to start.

You are now based in London, so what you miss most of your hometown Newtownards in sunny Northern Ireland :­)

I have a handful of friends that I miss spending time with, and I miss visiting my parents on a Sunday night, they always have a decent bottle of wine in the fridge. But it’s a good thing. I’ve never lived away from home and it really makes you appreciate the people you care about in your life when you can’t see them everyday.

What’s the best and worst thing about living in London for a young artist like you?

The best thing for me is the uncertainty of what will happen tomorrow. Back home when I was working a day job, I had a pretty fair idea of how each day would turn out, and I had that “Groundhog Day” feeling for a long time. Over here I’ve no idea what’s round the corner or who I’ll meet. Talking to new people moving around a big city is a welcome change from the routine I was in before. I get a lot of songs written when I meet new people.

As an “artist” I suppose the worst thing is the competition. It seems like everybody out here plays guitar and writes songs, so you really need to make sure you believe in your own material, otherwise it can be intimidating.

It’s great. Actually the town right next to mine is called Bangor and that’s a real hub of talent. That’s were I spent most of my time gigging. There’s a community of excellent songwriters in Bangor that play the same circuit.

I used to play a bar called Coyle’s there. I’d play on a Saturday night from 10pm through to 1am, then I’d go home, sleep, get up and go right back over to play another two hour set on a Sunday afternoon. They were two completely different gigs. On Saturday night I’d play a lot of crowd pleasers and depending on how much wine was involved, I’d usually end up playing the guitar lying on my back at some point, getting stepped on by the drunken midnight dancers. It was a lot of fun and a little crazy. I wouldn’t get away with that kind of thing now.

The Sunday afternoons were entirely different. It was a much calmer affair. Two sisters, Louise and Niki, and their father would come every week to listen and I’d play Bob Dylan songs for them on request. “You’re Gonna Make Me Lonesome When You Go” and “Love Minus Zero” were two of their favourites. They were special afternoons and we became good friends. I miss the Sundays the most.

Who are your musical and non­musical influences?

I like a lot of different bands from a lot of different eras. It depends on things like what mood I’m in or what time of day it is, or what I’m drinking. The two most recent albums I bought were from Foy Vance and Bessie Smith. Foy Vance’s album came out a couple of months ago, the Bessie Smith one came out 60 years ago, and I can flick between the two with no problems. If it’s dark outside and it’s too late to call anyone, I listen to Leonard Cohen’s first 3 albums. They’re great company.

His poetry books are great company too. If I’m on a train I’ll listen to Dylan’s later albums, anything from 1997 onwards. I like that phase of Dylan’s work when his voice finally gave up but the songwriting got back on track. Those are great songs to travel with.

Non musical influence and inspiration comes from just interacting with people. You would be hard pushed in this world to meet somebody who wasn’t worth writing a song about.

I’d love to do a duet with Carrie Underwood, or maybe even write a song for her to sing on her own. I’ve only recently come across her when I saw her video for the song “Church Bells” on YouTube. That really blew me away. I wouldn’t mess around with her after seeing that video..She looks like fire.

What do you plan next?

I often wonder that myself. I never really know what’s round the corner and I like not knowing. What happens next is always going to be very uncertain for as long as I’m doing this. There are a lot of things that will determine the outcome of this game which are out of my hands. I have a couple more singles up my sleeve and a few cool gigs coming up this year. Beyond that your guess is as good as mine. Maybe next time we talk I’ll be a country singer….