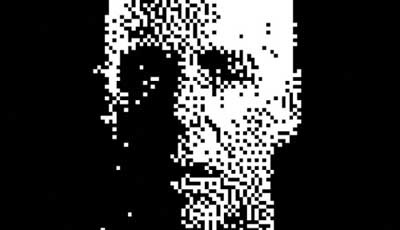 Pet Shop Boys signal the release of â€˜Disco 4,â€™ the fourth album in a continuing series, with a groundbreaking video for the politically-inspired new track ‘Integral.â€™ Picking up on the song’s themes of ID cards and the erosion of civil liberties by the government, Pet Shop Boys have worked with new creative group the Rumpus Room to conceive and create a sinister mix of surveillance type footage and information technology as content for their new music video.

Embedded in this dystopian film are single frames of Quick Response (or QR) Code, a new barcode technology which works in a similar way to supermarket checkout scanners. For the first time ever, Pet Shop Boys fans will be able to access embedded codes linking to featured websites simply by pausing the video on the QR Code frame and taking a snapshot with their mobile camera.

The video has over 100 QR-Codes that are subliminal when watched in real time, but accessible to interact with if you navigate through the film using time controllers. The QR-Codes are organised into sections that relate to specific issues of civil liberties.

QR-Codes are barcodes that contain digital information such as URLS that can be read by camera phones.

To read QR-Codes you need a special piece of software installed on your phone, click on reader.kaywa.com to find and install the right bar code reader for your phone.

For owners of Nokia N93 and N80 devices: You are in luck. You have a Barcode Reader application pre-installed on your phones, check in your applications folder or in your Office folder for the barcode reader.

Once you have installed the software, open the application and point it at the QR-Code. The phone will read the code and give you the option to go to the web page.

You may need to adjust the settings of the bar code software to get optimum performance from it.

The various sites and online news articles and forums reflect the songâ€™s subject matter in highlighting campaigns for freedom and civil liberty.

Two versions of the ‘Integral’ video are available, the first a low resolution graphic version optimised for portable devices such as mobile phones, and the second in higher resolution for traditional broadcast needs. Both versions successfully mix the ‘fluid’ technology of the internet (links etc.,), the functions we use to consume film and video (pause, rewind etc.,) and the new tools that we use to document our social environment such as camera phones.

Dan Duncombe, Head of Digital, Parlophone, comments, â€œPet Shop Boys once again prove their pioneering use of digital technology with their latest promo video. In typical PSB style they have gone one step further creating an innovative, informative and engaging video that is a perfect fit for the songâ€™s lyrical content.â€

Pet Shop Boys recently signed a new deal with Parlophone. Originally signing to the record label over 20 years ago, the Pet Shop Boys have gone on to become one of the most innovative and influential groups in the world, selling in excess of 30 million albums.

â€œDisco 4â€ is released by Parlophone on 8th October and is available on CD and vinyl. â€œDisco 4â€ collects together Pet Shop Boysâ€™ extended dance mixes of The Killers, Madonna, Yoko Ono, Rammstein, Atomizer and David Bowie, as well as a new extended mix of PSB live highlight â€œIntegralâ€ and their maxi-mix of the single â€œIâ€™m With Stupidâ€. Integral will be available through YouTube and the Pet Shop Boysâ€™ website
www.petshopboys.co.uk