Nordoff Robbins and War Child announced that they are to be the two beneficiaries of an exclusive charity auction for a car created through the collaboration of mod rock legend, Paul Weller, and iconic car brand, Mini. 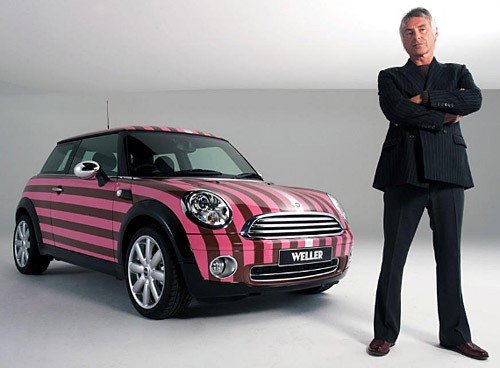 One of the most influential figures in British music, Paul Weller, has come together with one of the most iconic British brands of all time, Mini, to design an exclusive and unique car to raise money for Nordoff Robbins and War Child, two charities very close to Wellerâ€™s heart.

Paul Weller said: â€œI’ve always loved and driven Minis so when Mini asked me to be their ambassador last year, it felt a natural thing to do. I was given the opportunity to design my own Mini Cooper and the colours on the car were inspired by a shirt I designed for Ben Sherman that I loved a few years back.

Now that the car has been manufactured, I thought it would be good to give it to two charities that I support to help them raise some much needed funds. War Child is an amazing charity which works tirelessly to provide protection for kids who live in some of the world’s most dangerous places – Iraq, Afghanistan, Uganda and DRC.

Nordoff Robbins is the charity that really uses music to transform the lives of kids and adults who are ill or disabled, helping them to engage and communicate with others. They’re endlessly fundraising to help and support these vulnerable people.”

Weller and Mini are an ideal match because both are so synonymous with the quintessential British mod lifestyle. In addition, the Mini brand has always enjoyed strong music and fashion connotations since its launch in the late 50â€™s.

Paul Weller has always been an avid Mini fan and has collected numerous models throughout the years. As part of Minis 50th Anniversary celebrations in 2009, Mini fans drove from all over the world to attend a party at Silverstone at which Weller was the headline act. He was then given a Mini Cooper which he designed the exterior of, working closely with the designers and completing the car this spring.

The auction is open till the 11th December at www.paulwellerminiauction.com