BELSONIC in association with ABSOLUT VODKA returns this August to Belfast’s Custom House Square for its 3rd year, and promises to be the largest run of events to date!

Building on the successes to date, this year’s bigger and better event will cement Belsonic as a permanent fixture in Northern Ireland’s summer entertainments schedule. 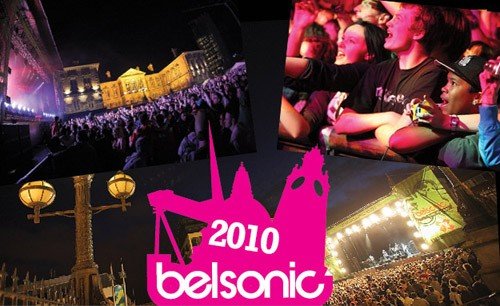 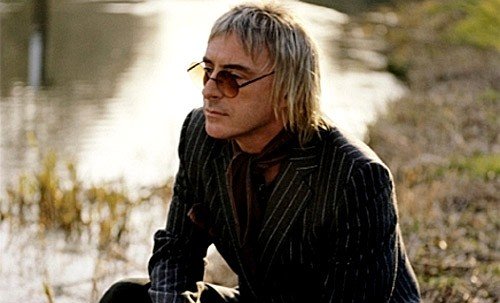 With more international names for 2010 set to be announced in the coming weeks, all at recession busting ticket prices, we will continue to deliver a unique concert experience in the idyllic surroundings of Belfast’s Custom House Square, in the heart of the city’s Cathedral Quarter.

Paul Weller, the esteemed English Solo Artist, and songwriter behind acts The Jam & The Style Council, is set to headline Friday 27th August at Belsonic, his first Belfast appearance since his 2008 headline show at the Odyssey Arena.

Weller, nicknamed “The Modfather”, famously penned timeless British rock classics such as “Town Called Malice”, “Going Underground”, “You Do Something To Me” and “The Changingman”. He released “Wake Up The Nation” this year, his 10th studio solo album to date.

He is joined by NME pinups The Courteeners, who are currently storming the UK charts with their 2nd LP “Falcon”, and a full supporting bill to be announced.

Scottish alternative rockers Biffy Clyro return to Belfast to headline Belsonic 2010 in association with Absolute Vodka on Saturday August 28th. Having risen from relative obscurity with their 2007 LP “Puzzle”, the band have since established themselves as one of the UKs largest mainstream rock acts.

Their latest LP, 2009’s “Only Revolutions” has been by far their largest to date, spawning Radio 1 playlisted singles “Mountains” and “Bubbles”.

It was certified Gold in the UK within days of its release, and has paved the way for their largest headline tour thus far, which includes a date in Wembley Arena and 2 consecutive Glasgow SECC arena shows in December of this year.

They are also joined by very special guests Lost Prophets, the Welsh heavy weight rockers who have become giants in the UK rock scene since their formation in 1997.The band released their first debut LP ‘Thefakesoundofprogress’ in 2000 and have since release three studio albums to huge critical acclaim.

French DJ David Guetta is a force of nature in commercial dance music production. His 2009 LP “One Love” yielded international hits such as “Sexy Bitch” (Feat. Akon) and “When Love Takes Over” (Feat. Kelly Rowland).

He brings his massive new live audio / visual show to Belsonic on Bank Holiday Sunday, August 29th, for what will be his long awaited debut Belfast appearance.

Acclaimed Belgian duo 2Manydjs, the team behind Soulwax, return to Belsonic on Thursday 26th August to present their brand new live audio-visual production, which is closing summer festival stages across the UK and Europe this summer.

The full supporting bill includes a brand new Soulwax live show, along with many more acts to be announced in due course.

Tickets for BELSONIC go on sale on Friday 28th May at 9am from www.belsonic.com , The Kitten bar, all Ticketmaster outlets, and their 24 hr line 0870 243 4455. Each day is priced at Â£27.50 plus booking fees. A limited number of VIP tickets (including improved facilities for 2010) will also be available at Â£42.50 plus booking fees.
www.belsonic.com