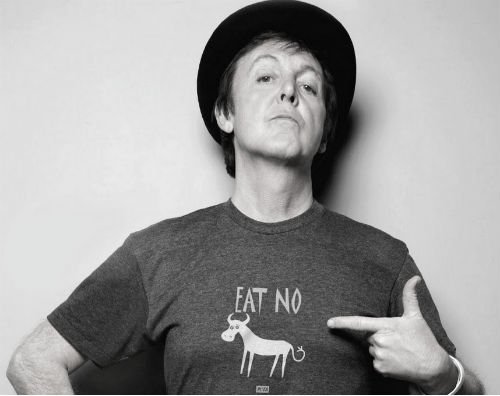 “Glass Walls”, the powerful must-see video which goes deeper into the meat and dairy industries, narrated by music legend Paul McCartney for PETA, got its name from his famous quote: “If slaughterhouses had glass walls, everyone would be vegetarian”.

Sir Paul will contribute to the crowd-funded lunar mission project by British scientists, that will send thousands of digital time capsules to the moon in 2025, including “Glass Walls”, in one of the “memory box”.

In the shocking video, McCartney uncovers the horrific abuse that the meat and dairy industries inflicts on animals to provide consumers with cheap burgers, nuggets and other products. He also explains the massive cost to the environment for which the meat industry is directly responsible.

“PETA has no doubt that future generations will look back on the slaughter of animals for food with the same astonishment and horror that we feel when confronted with images of human slavery”, says PETA Director Mimi Bekhechi. “Paul’s contribution to the lunar time capsule ensures that we never forget what animals have endured at human hands and have hope for a vegan future.”