Born in Strabane, Northern Ireland, on the border with the Irish Republic, he was exposed to a wide variety of music from an early age.

A Fifties child, his first sounds were the Swing, Jazz, Show tunes and light opera of his parents generation.

Then Rock ‘n Roll, 60’s pop and Motown, Blues, R’n’B and Country and Western. Through all this ran the potent flavour of Irish traditional music and song.

Learning the piano, initially by ear, his early heroes were Jerry Lee Lewis, Winifred Atwell and Fats Domino. By the age of eleven he had taken up the guitar and soon learned every lick Chuck Berry and Hank Marvin played.

Mid-teens saw him take summer jobs playing piano and guitar in Bundoran, a seaside resort in nearby County Donegal. 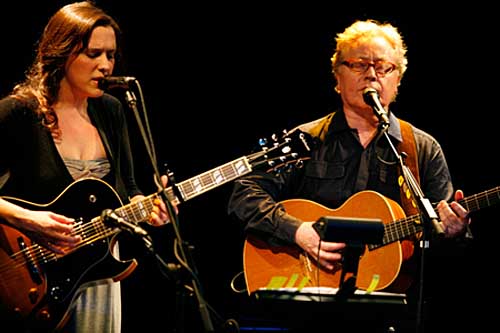 But it was around 1965 in Dublin that he began to develop as a singer and performer joining, while still at college, a succession of R’ n B / Soul bands, The Kult, The RootzGroup and Rockhouse, covering the songs of Ray Charles, James Brown, Junior Walker and blues legends like Muddy Waters, Howlin’ Wolf and Chuck Berry.

The 60’s in Dublin saw the renewal of interest in Irish traditional music and gave birth to the first wave of Irish ballad groups like The Clancy Brothers, The Dubliners, Sweeney’s Men and The Johnstons.

Soon Paul became swept up in this exciting current and quitting college, joined the latter band to record seven albums between 1967 and 1973. Newly released compilations of the best of these have recently appeared.

Moving to London in Jan ’69, The Johnstons established themselves as one of the most sought after folk groups throughout the UK in concert, radio and TV in the folk boom of the time.

After a period in New York (1972-3) where the band members eventually parted ways, Paul returned to Dublin in 1974 to join Planxty, the premier Irish folk band of the early ’70’s the band that also launched the solo careers of Andy Irvine, Liam O’ Flynn, Donal Lunny and Christy Moore. 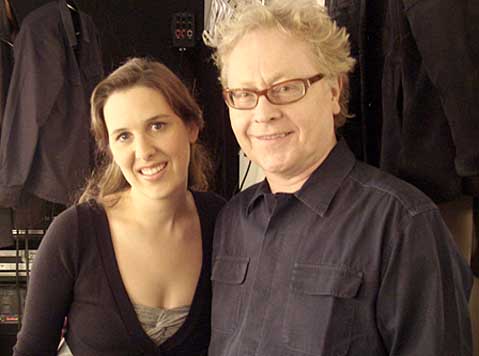 From ’76 to ’78 he played as a duo with Andy Irvine, a relationship which produced Andy Irvine and Paul Brady, an album loved at the time and still sought after in CD form.

The next few years saw him establish his popularity and reputation as one of Ireland’s best interpreters of traditional songs.

His versions of great ballads like Arthur McBride and The Lakes of Pontchartrain were definitive and are still being asked for by audiences today. By the end of the ’70’s however, he found himself back at the same crossroads once too often and eager for change.

After an acclaimed solo folk album Welcome Here Kind Stranger (1978) which won the Melody Maker Folk Album of the year, he decided it was time to move on. Surprising most observers at the time, he released Hard Station (1981).

Self-penned, the album lyrically reflected the personal changes he was undergoing and musically was a highly original reworking of his earlier influences, Irish folk music taking a back seat for the time being.

Those more traditional voices that would have preferred him to stay as he was were soon replaced by praise for a record that is now accepted as a classic of Irish rock.

The albums which followed, True For You (1983), Back To The Centre (1985), Primitive Dance (1987), Trick Or Treat (1991) and Spirits Colliding (1995) collectively established Paul as the pre-eminent Irish singer-songwriter of his generation.

Over the 80s and 90s his songs gradually came to the attention of artists internationally and to date have been sung by Brooks & Dunn, Joe Cocker, Art Garfunkel, Tina Turner, Phil Collins, Mary Black, Maura O’Connell, Bonnie Raitt, Trisha Yearwood, Ronan Keating and Santana to name but a few.

Most recently a brand new song called 21st Century Christmas written by Paul and Ralph Murphy has been recorded by Cliff Richard as his Christmas single 2006. 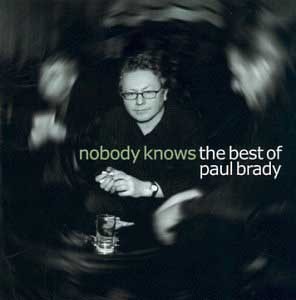 In 1998 Paul’s entire catalogue to date was re-mastered and he re-released new versions of six of his previous albums.

There followed in summer of 1999 a best-of collection called ‘Nobody Knows’, The Best Of Paul Brady (1970’s-1990’s) which stayed in the Irish album charts for thirty weeks and is still selling.

May 2000 saw the release of Oh What A World, his first album of new songs since 1995’s Spirits Colliding.

Featuring many of the songs he wrote over the previous three years and including collaborations with Carole King, Will Jennings, Ronan Keating, Conner Reeves and Mark Hudson, it was critically hailed as one of his best recordings.

A single from the record, The Long Goodbye, brought Paul’s music to the attention of a whole new UK audience, featuring for six weeks on BBC radio 2 A-List.

The Long Goodbye has since been recorded by the American duo Brooks & Dunn, reaching the No 1 spot in the Billboard US Country Charts. Also recorded by co-writer Ronan Keating, it went top 5 in the UK.

The first release was a CD, The Missing Liberty Tapes featuring a live recording of a Paul Brady concert in Dublin in 1978, the tapes of which were lost for 23 years.

Playing 23 sold-out shows over the month of October, he re-visited much of his by now extensive repertoire and was joined on stage by several of the many artists he has worked and collaborated with over the previous thirty years including Van Morrison, Mark Knopfler, Bonnie Raitt, Ronan Keating, Curtis Stigers, Sinead O’Connor and Mary Black.

Recording every show, fans can look forward to an eventual release on CD of these now legendary concerts paulbrady.com/vicarst/default.asp

Shown to acclaim in Ireland from October through December of that year, there followed a CD of a selection of the recordings and a three hour DVD of the entire series, both also called The Paul Brady Songbook.

In 2004 Paul recorded in Nashville, the result of which was the 2005 released album, Say What You Feel. An organic and fresh sounding record and mostly cut live, it has further enhanced his reputation as a songwriter and performing artist.

In the past few years Paul has been honoured with lifetime achievement awards from IRMA (Irish Recorded Music Association), The British Academy of Composers and Songwriters and BBC radio 2’s Folk Awards.

Continuing to tour extensively both as a solo performer and with his own band, he has forged a reputation as a passionate and exciting performer and attracts a dedicated following worldwide.

Paul Brady continues to push out the boundaries not only of his own talent but of Irish contemporary music in the new millennium.
paulbrady.com