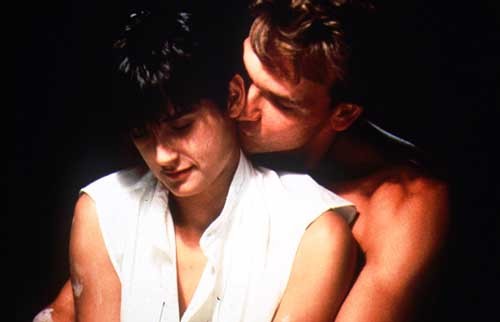 In third place was Swayze again, this time with Jennifer Grey in the 1987 blockbuster Dirty Dancing as they kiss in public for the first time (35%). 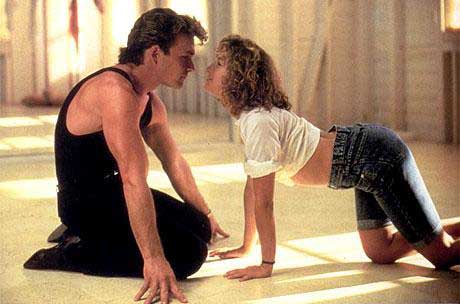 Swayzeâ€™s still got it
Swayze was the clear favourite with the females surveyed, who voted Ghost (50%) and Dirty Dancing (43%) as their top two. The star of both blockbusters, who turns 56 this year, clearly remains a heartthrob for many.

Surprisingly more in touch with their feelings than previously given credit for, men voted for Ghost first (40%), Lady and the Tramp romped in second with 36% and one of the greatest romantic tragedies of recent time, Titanic, received 33% coming in third.

Oldie but not a goodie
Unexpectedly, classic films Gone with the Wind, From Here to Eternity and Breakfast at Tiffanyâ€™s all ranked low in the voting at sixth, seventh and tenth places respectively.

However, these still remain the favourites of the over 65â€™s, whose top three screen smooches were Lady and the Tramp (40%), Scarlett Oâ€™Hara and Rhett Butlerâ€™s tempestuous kiss in Gone with the Wind (36%), and Burt Lancaster and Deborah Kerrâ€™s classic beach clinch in From Here to Eternity (36%).

Creator of the first National Kissing Day back in 1995 and Denplan Managing Director, Stephen Gates, said: â€œWe created National Kissing Day as a fun way to raise the profile of dentistry among consumers so that it had a connection with everyday life and not just six-month check-ups.

â€œWhile oral healthcare is a serious matter impacting general health, being sombre about it doesnâ€™t necessarily always get the message across â€“ people tend to think â€˜that doesnâ€™t apply to meâ€™. National Kissing Day is a great opportunity for people to kiss their loved ones and remember the importance of oral healthcare; we hope everyone will be doing that today.â€