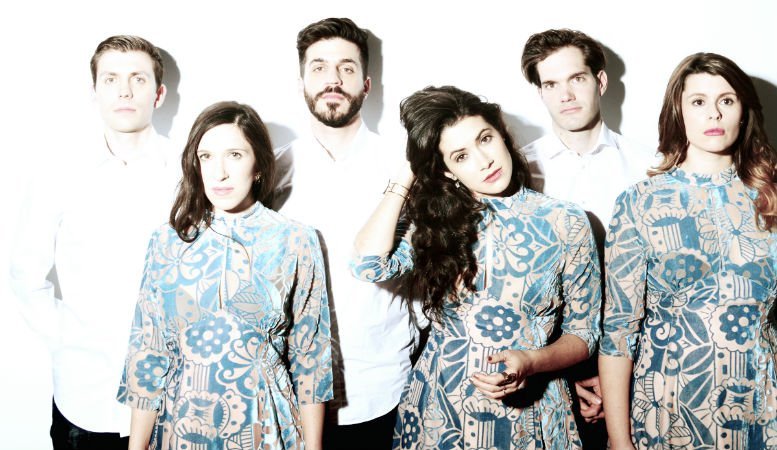 The double AA is a dreamy, addictive synth pop bliss, taken from their new album – due out in early 2016 – produced in Nashville with producer Emery Dobyns (Patti Smith, Antony & The Johnsons, Noah and the Whale).

Hi Lily, can you tell us 5 things we should know about Parlour Tricks?

1) Terry, Brian and Angelo were all altar boys
2) Lily saw a ghost once.
3) Terry is a triathlete
4) DeeDee hates condiments
5) Angelo has a pretzel tattooed over his heart.

Can you talk about your new single ‘Lovesongs’.

The song came out bass-first. I heard that bassline in my head and everything else followed quickly. I used to write a lot of pretty dark music – this is one of the first songs that seemed to move in a much more upbeat (literally and figuratively) direction. It’s always interesting to hear what people take this song to mean, I’ve heard people say its a breakup anthem or something? I wrote it about the feeling you get when you listen to love songs; I don’t actually think of it as a love song itself. I guess it’s inherently a little romantic. The arrangement fell into place easily; I don’t think its changed too much since we first started playing it. It’s always a lot of fun at shows.

‘Village Voice’ named you 2014’s Best Pop Band in New York City…Who /what has helped you the most get to where you are today?

We still don’t know how that happened. We hadn’t referred to ourselves as a pop band at all until we won that award. But then it opened the floodgate; we embraced the title and the genre but we’re still hesitant to call ourselves a pop band; we’re a band who happened to make a pop album. The next one might not be. But our producer Emery Dobyns was hugely instrumental in our quest to make this album sound cohesive. We were all over the place and he reined us in. Also our label, Bar/None Records, who allowed us to put out the album we wanted to put out. Also our moms. 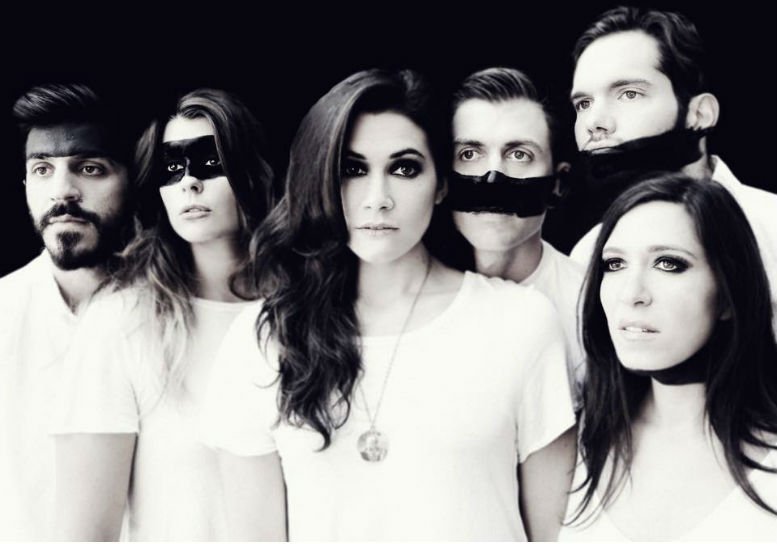 And…What has been the hardest part of being in the music industry for you?

Everything? This is a crazy business. The hardest part is probably sticking to our guns. It’s easy to be tempted to behave or create or play differently based on what’s being done around you. Integrity is the first thing to go. We’ve watched it happen to people we know. But we’ve gotten this far based on the courage of our convictions. The other hardest part is summoning the energy to keep it up.

What’s the best and worst thing about playing clubs/venues in NYC?

There are so many clubs in NYC. Too many? Sometimes its hard for people to get excited about seeing a show in a market that is so oversaturated. That’s the worst thing. But the best is how some of those clubs are really communities. We’ve made and kept so many friends and fans, and discovered so many incredible bands just from stumbling into a favorite venue on a random night. There’s always 100 shows going on at once, every single night of the week. It’s a blessing and a curse.

An archaeologist. I would like to help discover a dinosaur. Or a lost city. I’m not picky.

What kind of new music are you listening to these days?

I can’t stop listening to Yeezus this week. Also Earth Sick by Oh Land, that song “Keep In The Dark” by Temples, and Ryan Adams’ Taylor Swift album. I haven’t enjoyed either a Taylor Swift or Ryan Adams album as much as I’ve enjoyed listening to the hybrid. It’s beautiful.

We work our asses off to make sure everyone has a blast at every show, ourselves included. We promise to make you dance and give you The Feeling.

We can’t wait to tour more in the US and are looking forward to releasing the album in the UK early 2016. And we are very ready to begin work on the next record a little further down the road. I’m writing it now. It’s going to be different.