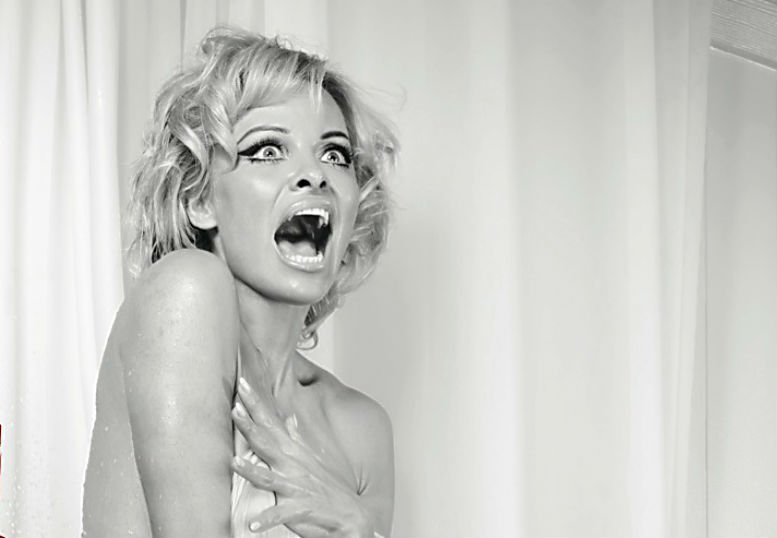 Pamela Anderson gets naked for a new campaign targeting major cause of water depletion. In an Alfred Hitchcock–inspired PETA ad to declare that the solution isn’t just shorter showers but also turning off the tap on animal agriculture.

As the world’s freshwater sources become scarcer, Pamela Anderson appears in an Alfred Hitchcock–inspired PETA ad to declare that the solution isn’t just shorter showers but also turning off the tap on animal agriculture. The spoof of the iconic shower scene in ‘Psycho’, was photographed by David LaChapelle. 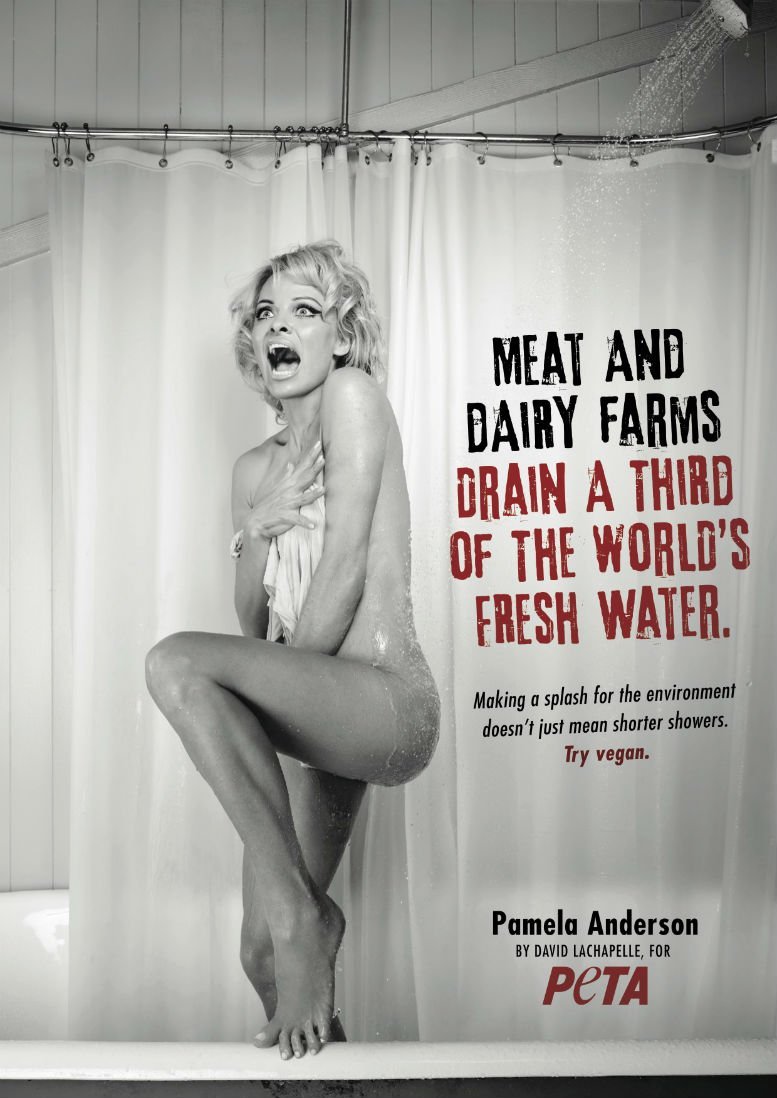 Long-time vegan Pamela points out: “Rivers are siphoned off, not just for the animals but also for crops grown to feed animals on factory farms. Producing pound of beef uses as much water as about six months of showers.”

According to the US National Academy of Sciences, animal agriculture drains a third of the world’s freshwater. The United Nations has labelled the livestock industry “a key player in increasing water use” and “probably the largest sectoral source of water pollution”. Last month in Anderson’s home state of California, Gov Jerry Brown issued a controversial executive order to reduce urban water usage by 25 per cent – without restricting water used by animal agriculture, the number one culprit of California’s drought.