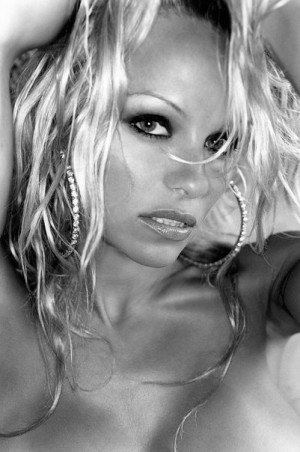 Upset that Fortnum & Mason still sells foie gras despite international condemnation, the sexy blonde, who is in the U.K. for her appearance on Dancing on Ice, has written on PETA’s behalf to the company’s CEO, Ewan Venters, appealing to him to remove cruelly produced foie gras from the store’s shelves.

She has even offered to buy existing stock to speed up the process.

“I am pretty tough, but watching this disgusting process brought me to tears,” says Anderson about undercover video footage shot at farms which supply the store’s distributor.

She adds, “My ice skating may not have won a popularity contest in Britain, but I love the U.K. and its reputation as a nation that opposes cruelty to animals.

That’s why I’m stunned that Fortnum & Mason sells a product that involves one of the cruellest practices in the world.” 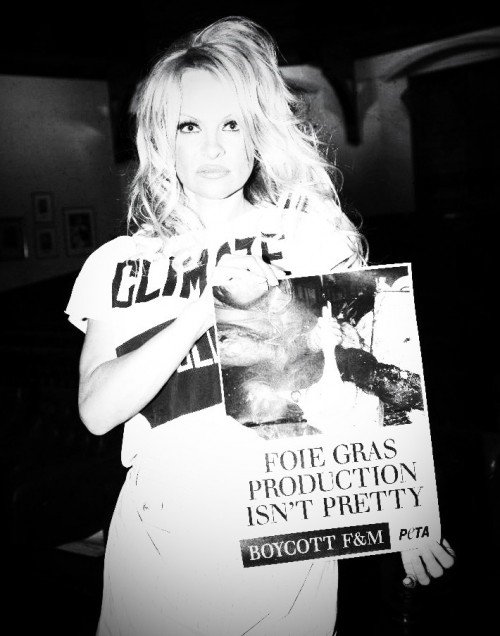 Anderson joins Sir Roger Moore, Twiggy, Ricky Gervais, Kate Winslet, and Tamara Ecclestone in taking a stand against the sale of foie gras, which is illegal to produce in the U.K.