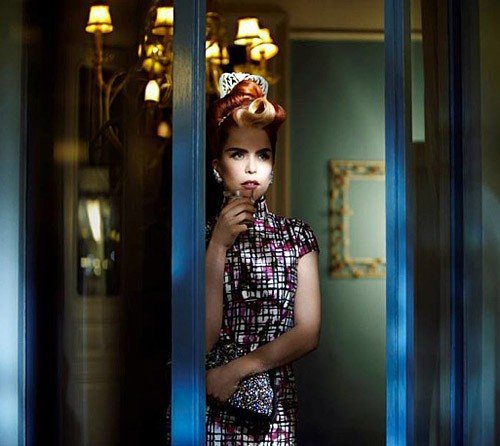 Paloma Faith returns on May 20th with her brand new single ‘Picking Up The Pieces’. This will be followed on May 28th by her second album ‘Fall To Grace’.

Paloma wrote and recorded ‘Fall To Grace’ in London in 2011/2012. The album is produced by legendary producer Nellee Hooper (Bjork, No Doubt, Massive Attack, Madonna).

Paloma said: “The new album has taken on a very cinematic mood. ‘Picking Up The Pieces’ is no exception.

She added: “I am very excited to introduce my new sound into the world. Working with Nellee Hooper has been really inspirational”

Nellee Hooper said: “I’d never really heard of Paloma Faith. I was living in LA when her record came out, so I kind of missed it. Sony/RCA called me and suggested I meet her when I was next in London.

At lunch she sat and talked in such detail, as if every song was a short film, referencing everything from Chinese romantic cinema to Hip Hop. When I played the CD she gave me the songs flew out of my speakers!

We got together and decided right away to embark on this journey. I could see her little frame exploding with these huge songs!

It reminded me of my first meeting with Bjork; she arrived at my house with a tiny suitcase with a few clothes and some ragged old cassettes. Four months later we came out of the house with Bjork-Debut.

We just threw ourselves into the unknown. This was exactly the same approach with Paloma.

No idea or fear, just pure heart and adventure! I’m just so glad she asked to hold my hand and jump together!”
facebook.com/palomafaith
palomafaith.com