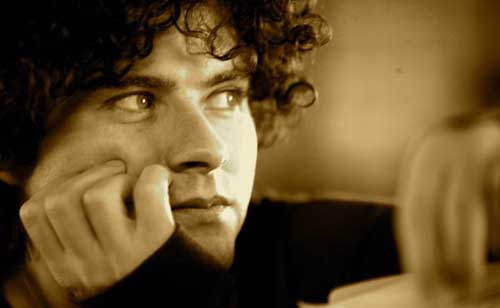 Friday 24th August 2007 marked the release of ADDICTED TO COMPANY, the first single to be taken from ADDICTED TO COMPANY (Part 1), the much anticipated third studio album from Paddy Casey.
â€˜Addicted to Companyâ€™ is the follow up to Paddyâ€™s hugely successful albums â€˜Livingâ€™ and Amen (So Be It).
Paddy will support his new album release with a full Irish tour and a Vicar St. date on October 30th. Tickets are â‚¬33.60 on sale Sept 14th.

Paddy as sold in excess of 240,000 albums, (16 x platinum) making him one of the most successful musicians performing in Ireland today. The past four years have seen Paddy rise from playing small venues in Dublin, to headline shows at the RDS and Dublin Castle, performing in front of thousands at Millennium Stadium in Cardiff and supporting U2 in Europe and in Croke Park, Dublin.

In fact, â€˜Livingâ€™ alongside U2â€™s â€˜How to Dismantle an Atomic Bombâ€™, were the best selling albums in Ireland in 2004, outselling all other albums, both domestic and international.

â€˜Addicted to Companyâ€™ builds on the promise shown on â€˜Amenâ€™ and â€˜Livingâ€™ and delivers eleven brand new tracks which mark a new musical departure for Paddy.

Paddy Casey recorded much of â€˜Addicted to Companyâ€™ in Silver Lake, Los Angeles, with legendary Producer George Drakoulias. Drakoulias was hand picked by Rick Rubin to work with him at Def Jam and (Def) American Records from the beginning, where their collaboration created a sound that defined the music of a generation.

At American Records, Drakoulias discovered and later produced albums for many bands including the Black Crowes and the Jayhawks . He has also worked with Primal Scream and Tom Petty.

Paddy returned to Ireland this summer to finish the album with long time production collaborator, Pat Donne, who has worked with Paddy since â€˜Amenâ€™ was recorded in 1999.

The release of â€˜Addicted to Companyâ€™ marks a welcome return for the Kildare based singer songwriter who was voted â€˜Best Irish Maleâ€™ at the Ireland Meteor Awards for two consecutive years, 2004 & 2005.

Additional tour information will be announced in the coming weeks, full details and updates will be posted on Paddyâ€™s www.paddycasey.com