Daniel Radcliffe is on the latest issue of Out magazine with an interview by Our Lady J. 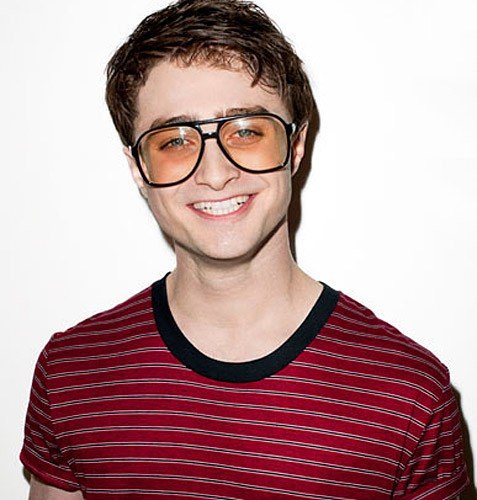 The pair talked about the upcoming–and final–Harry Potter film, the thrills and potential hazards of dating when you’re one of the world’s most recognizable bachelors, and why Radcliffe is earning big points from the trans community. 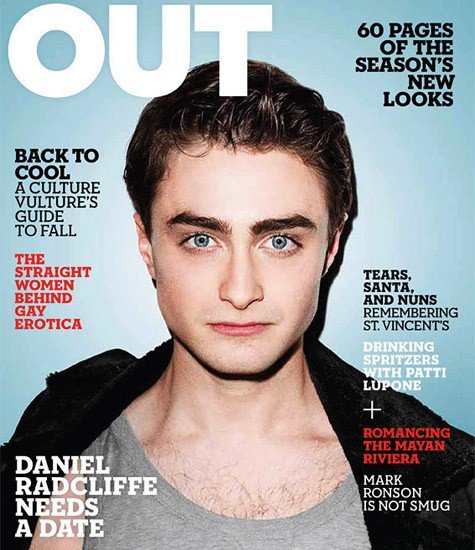 Radcliffe became a clear ally for the LGBT community by speaking out against homophobia and filming a public service announcement for The Trevor Project, a leading organization dedicated to preventing suicide among LGBT youths.

“When I got to have a tour of the New York [Trevor Project] call center, my admiration for the project, but also for the place and the people, tripled,” Radcliffe said of his involvement.

“The systems they have in place, the actual way the call center works on a practical level, is so brilliant and efficient.

It’s something I’m very proud to be able to be involved with.” 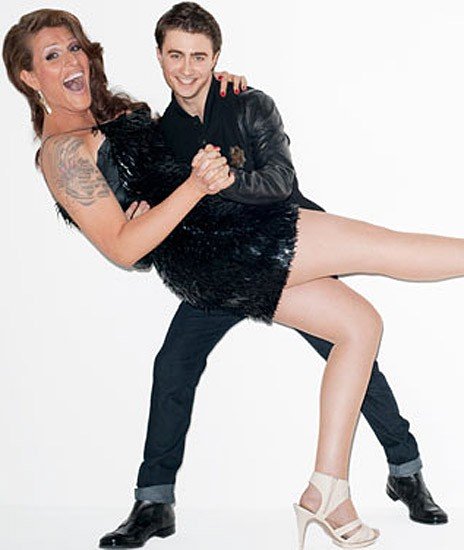 OLJ: You just made your first trip to Hollywood?

DR: People seem to have a very bizarre perception of me — that I’m a Hollywood actor. I don’t think of myself that way. And when I was out there and telling people it was pretty much my first trip, jaws just hit the floor. They were looking at me like I had two heads.

OLJ: So I wanted to clear up a couple of rumors, if we may. You are not actually Harry Potter, right?

OLJ: And I’m not the transsexual incarnation of Narcissa Malfoy, right?

DR: [Laughs] No, you are not. I can confirm that neither of those things are true.

OLJ: [Laughs] OK, OK. Good. It’s funny because with that little tabloid thing that happened a year ago with us, I actually got all these strange e-mails to my website asking What is Harry Potter like? And I just thought, I have no idea, actually.

DR: It’s strange. I think it’s a mixture of people who actually do, in some way, think I am Harry Potter and a number of people who can’t be bothered to know my name, which is fair enough. I mean, when you’ve been so identified with one character for so long, it’s natural that it should almost become an alias. But I’ve been encouraged lately to find that people are using my real name more often.

OLJ: What kind of music are you listening to these days? You’re always passionate about your artists.

DR: An English singer-songwriter called Frank Turner. He’s absolutely brilliant. Oh, the Drums — I quite like a couple of songs by them. The Divine Comedy’s new album is really, really good. It’s called Bang Goes the Knighthood, and it’s very, very funny and sad. And of course, I’m still listening to Florence and the Machine.

My Boy Builds Coffins was a song I listened to a lot this year when I was playing Harry. It felt like the right tone.
By Noah Michelson
Photos by Terry Richardson
Read full interview in OUT.com