The month of Avatar versus Hurt Locker Oscar predictions came to a close on March 7th with the Hurt Locker overtaking Avatar for Best Picture and Kathryn Bigelow trumping James Cameron for Best Director, causing environmentalists to see red.

If you are one of the dozen people who haven’t seen Avatar yet, the environmental message shines through the jaw-dropping special effects – the dangers of global warming, respecting Mother Nature, and environmental resource management. 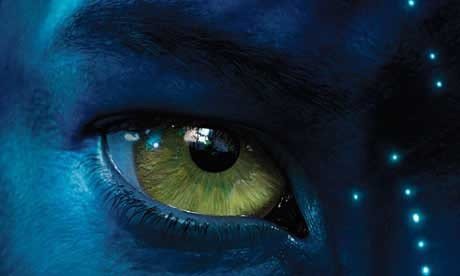 Eco-minded film buffs who left the 82nd Academy Awards in disbelief are voting to put an award in James Cameron’s hands at the March 23rd Green Globe Film Awards. Movie lovers from over 100 countries around the world have voted online for the 100 Viewers’ Choice Awards and the results of the March 7th Academy Awards are inspiring fans to make their opinions heard. The online voting poll will be open until March 15th.

Whereas the Oscars are selected through a peer system by the Academy of Motion Pictures, Arts and Sciences, the fans get to have their say at the Green Globe Film Awards. The Green Globe Film Awards is one of Hollywood’s largest and most diverse film award programs with 100 Viewers’ Choice Awards and an environmental and humanitarian driven mission.

The Grand Sponsor of the event, the Westin Bonaventure Hotel in Los Angeles, will host the Green Globe Film Awards and Emperor’s Dreams Dinner Gala on March 23, 2010 with a sit-down dinner banquet and surprise performances by Hollywood’s and Asia’s top entertainers.

Tickets are limited but are still available on a first come, first served basis. Those who attend are helping humanitarian efforts and environmental preservation in Haiti as a portion of the event proceeds will go to rebuilding Haiti. Tickets can be purchased from www.movie-voters.com