‘The Artist’, the beautiful black-and-white homage to the early days of Hollywood, was named best picture at the 84th Academy Awards on Sunday.

Northern Ireland’s Terry George and his daughter Oorlagh, won the Oscar for Short Film (Live Action) for THE SHORE. 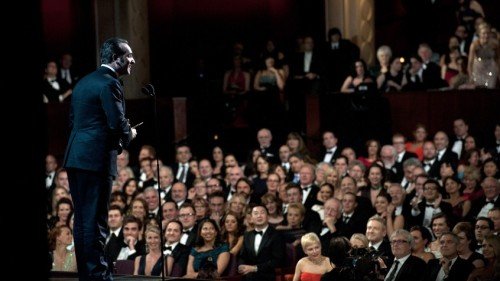