Whiteâ€™s Organic Jumbo Oats, produced by Tandragee based oats and cereal producer Whiteâ€™s, have helped Danny Millar make it through to the next round of BBCâ€™s Great British Menu. The company was featured in Thursday nightâ€™s exciting episode which saw the Balloo House chef go head to head with Noel McMeel of Lough Erne Golf Resort, creating a number of delicious dishes to earn his place in the Northern Ireland final.


Sourcing the best ingredients from their local area, chefs created a dessert, starter, a fish course and a meat course that they believed truly epitomised the very best of contemporary, cutting edge cooking. 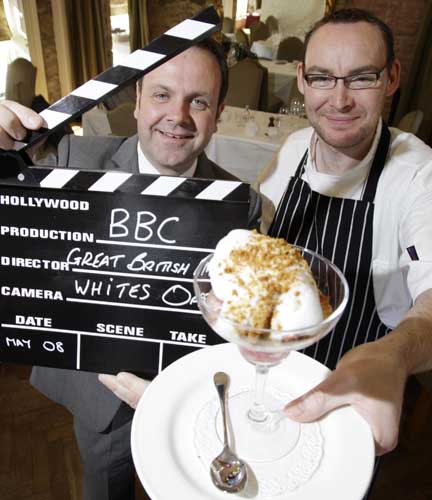 Mark Gowdy, Marketing Manager of Fane Valley, the local company that owns Whiteâ€™s, said: â€œWhite’s has been milling oats on its original site in Tandragee since 1841 and we work closely with our growers to ensure that our oats are always of the highest quality. Whites full range of oat products are eaten daily around the breakfast table and can be used in recipes from breads and scones to much more innovative cuisine. Danny is one of Northern Irelandâ€™s most talented and exciting chefâ€™s and we are thrilled he has made it through to the final.â€

Danny Millar will now represent his country and compete against six other chefs from other regions in the UK for the opportunity to cook a four-course dinner for leading chef Heston Blumenthal, other top chefs and gourmets from around the world as well as a host of celebrities who represent a cross section of modern Britain. The final winners will be chosen via a public vote on 23rd May.