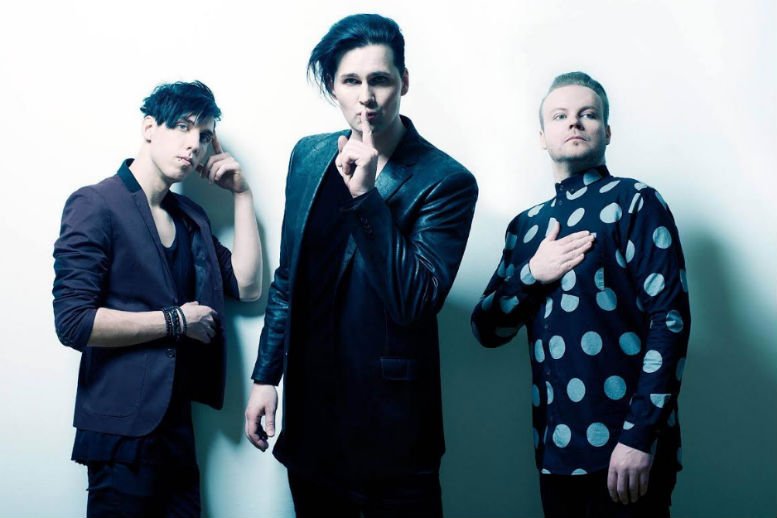 Post- Hipster, Fashion-minded, synthesizer sounds, touching vocals…Their live performances are often described as Muse crashing together with thirty seconds to mars into a 1980’s electronic pop. Palast is about to release their first album.

Sascha Pace explains: “‘Best Of Me’ is a song about that one person that keeps you sane. Can be your girlfriend/boyfriend, wife, etc. Everybody knows that feeling, when you feel like you can’t live without that one person anymore. We wanted to support the lyrics with deep drums, cinematic synthesizer sounds and a dramatic guitar solo to make it a journey for the listener…”

We were in a cinematic vibe by that time and we liked the story and feel about it. It’s dreamy and has some kitsch we love about big ballads from the 80’s, for instance.

We have formed the band in 2015 after one year of studio jam sessions and demo recordings.

We’re basically very much visual driven and when that meets a moment of love, joy or sadness, we’re coming up with hooklines or musical themes. It can be a visit at the museum, travels or also a interesting chat with someone. Also we’re sound geeks and synthesizer collectors. Sometimes while designing sounds, we just come up with some inspiring themes, which end up in the songs.

There is no typical routine. But mainly I come up with a theme or hookline and Tommy is picking it up or vise versa. For the next album we’re planning a trip to somewhere in the north, renting some cabin in the woods. That can generate a mood we like for instance.

We’re about to release our first EP pretty soon and the Album in the beginning of 2017. In between we’re playing single shows for sure and it looks like we’re going on tour end of January, but that’s not for sure yet. Also we have played at the Mercedes Benz Fashion Week Berlin for Maison Noeé and hope we can be part of it again. It’s been a crazy journey for us this year and having the variety of different shows from clubs or festivals to fashion shows is very exciting for us.

OMC2 is out NOW via OML
iTunes
Spotify
Amazon
Tidal