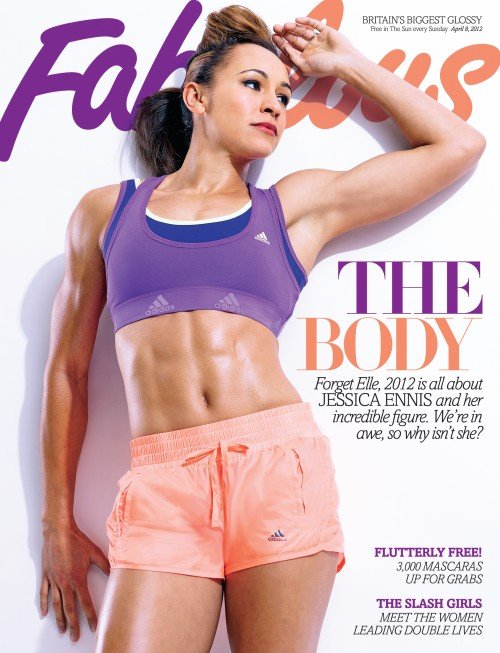 However, in an exclusive interview with Fabulous magazine, free with The Sun every Sunday, she reveals she spent most of her teens anxious about what full-time athletics was going to do to her naturally slim frame, “When I was younger, I used to worry a lot about what the training was going to do to my body.

I knew I had to be strong to be an athlete, but I didn’t want to be huge. I was always a skinny child and my legs were literally this wide” she says, separating her thumb and forefinger a few inches.

“I wouldn’t say I’m proud of my body. I see it as functional. It’s a tool for me to perform.”

Jess is training six hours a day, six times a week, but on her one day off she’ll do a bit of girly shopping, “I love French Connection and Reiss and I like to mix that up with a bit of designer as well.

Stella McCartney [who designed the new Team GB kit] of course! I love Victoria Beckham – I don’t own anything by her but there was one dress in particular that I wanted so badly – the orange and navy block with a zip up the back. Gorgeous.

Despite being a well known athlete, fame is still taking a bit of getting used to. But Jess isn’t one for fuss, and she cringes at the thought of herself as a ‘celebrity’, “Sometimes I can feel a bit awkward with the attention.

My biggest following is young girls and they get so excited. There was one girl who came up to me and just screamed and started jumping up and down. I was saying to her: ‘It’s fine, it’s fine!’ It’s surreal.”

Jess is engaged to construction-site manager Andy and will be getting married next year. The excitement gets the better of her though. 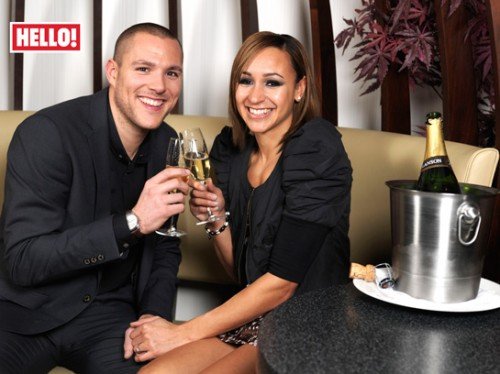 She says, “I just want it to be now!” She explains how he proposed: “I had no idea,” she continues, “It was a really big surprise. I mean, we’d spoken about getting married at some stage and I think I probably expected it to happen within the next couple of years, but he picked his moment.”

We can’t wait to see the wedding pics!
Read the full interview in Fabulous, free with The Sun every Sunday
fabulousmag.co.uk